We had heard that Chinese manufacturer Huawei was going to be the next company to make a T-Mobile myTouch smartphone and it appears that this will in fact be the case, based on a photo that has leaked out today. The leaked image depicts a device that is currently just known as the Huawei myTouch and it gives us a glimpse at what to expect when it does indeed arrive.

It appears that the myTouch brand has been relegated to mid-tier status and won’t be part of the Magenta carrier’s lineup of high-end devices. A fairly sad end to one of T-Mobile’s most recognizable brands.

The device seen here is expected to land on T-Mobile’s network in the next few months and it will do so with mid-range specs. 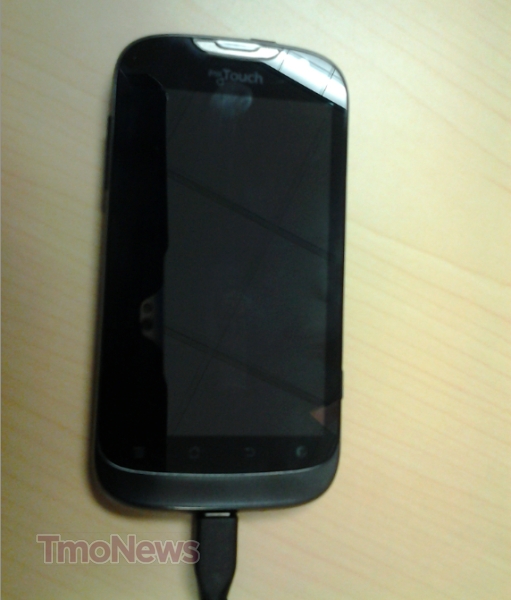 As of right now, there is only one specification that is known and that’s the device’s WVGA display which boasts 480×800 resolution. It’ll also likely have Android 2.3 Gingerbread as its operating system.

This device should also have a brother launching alongside it.

While the device in the photo does not have a physical keyboard, the other Huawei myTouch device should have a physical QWERTY keyboard along with it. Other than that, the two should be very, very similar.

Huawei has been trying to move up the manufacturer ladder and this myTouch release should get it some visibility here in the United States.

Easier said than done though.

T-Mobile has already confirmed the upcoming HTC One S and it will likely be playing host to the Samsung Galaxy S III when it arrives later this year, two devices that should garner quite a bit of attention.