Tablets and Mindshare: It's All About the iPad and What It's Good For 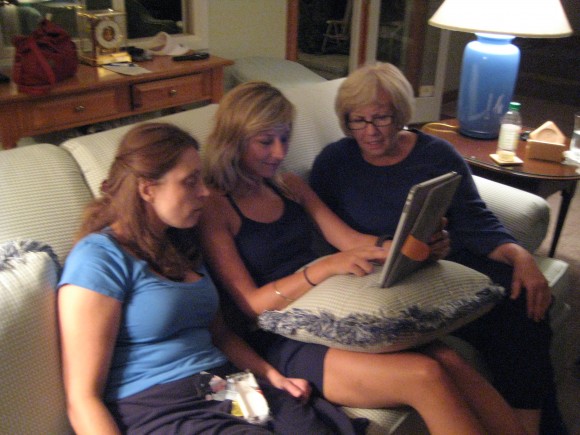 Admittedly there is nothing scientific about reactions and responses from the Chicago branch(es) of our family. Also admittedly none of them read what I write about here on GBM much, unless it is a post with a video that we put up featuring my lovely wife Thomasin. But boy, howdy have I been getting hammered these last few days with questions about the iPad. Of the family members we’ve visited at least two (we’ve seen a lot of folks so it is tough to keep count) families that now have iPads in their possession post Christmas. The number who are considering getting one is much larger.

The question I’m most frequently asked isn’t about Apps (that’s surprisingly way down the list).  Those who are watching others use the iPad and asking what is it for are curious about what the device is useful for. I give my usual song and dance and I also add that this year will see a number of other competitors on the market, many featuring Android. For those who own an Android phone that means something. Except for the one relative who has an Android phone but didn’t know he had one. He continues to insist that it is a US Cellular Phone and that’s it. The next biggest question from those who already have an iPad is “How do I get my pictures on this?” For those still not in the game you can see their curiosity increase when they sit down to look at pictures on an iPad.

Bottom line here in this circle of every day Joe’s and Jane’s is regardless of what happens with new Tablets and Slates (and with new smartphones) those who are trying to compete will have a long way to go in gaining any mindshare traction. Apple’s devices succeed on many levels but there’s no question here that Apple’s PR and marketing have created an iPad world.