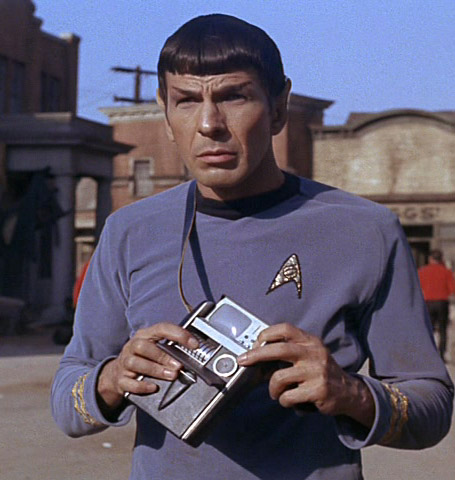 Unconfirmed numbers are that Apple has pre-sold northwards of 120,000 iPads. During the buying frenzy, other OEMs are watching closely, as are those who just wouldn’t go near an Apple product if you gave them one, hoping that other Tablets/slates will emerge and offer embraceable Tablet goodness.

Some are questioning their own sanity for jumping on the pre-order train. Some are calling those who jumped on the bandwagon idiots. There’s certainly no question that there are those who succumbed to Apple’s magical hype machine and willingly jumped in the pond with both feet. Apple is a master at that game. There are huge bets being placed all over the tech sector and several other industries that Apple is going to create a market for these devices and hence a consumption model for content that will save/resurrect/create business models that are bleeding, due in some part to self-inflicted wounds.

But all hyperbole of “magical” and “revolutionary” aside,  Apple didn’t really hit the resounding home run everyone hoped it would on iPad announcement day. The reaction was decidedly mixed. So, why did over 120,000 pull the trigger on pre-order day? What is the juju (joojoo?) that draws us to Tablets/slates and allows Apple, the hype-meister, to create such a firestorm?

Regardless of whether you pound keys at a keyboard in a cubicle, or run through airport concourses thumbing through emails, computing is a very personal experience.  For the most part working on playing on a computer (of any size) experience that shuts out the rest of the world around you, even if you spend a lot of that time communing in the virtual social spheres set up by gaming and social networking. I could say that Stall Surfing is more than a metaphor here, but I won’t. But then maybe I just did.

We’ve heard the catch phrases about the PC being personal again, and to a large extent I think that’s part of the pull of Tablets/Slates. The other forces, beyond sheer shiny gadget lust, that pulls us towards Tablets/Slates include the freedom of mobility and the paradox that we all want a simple experience from these very complex and complicated machines.

Those of us who bought into Microsoft’s early Tablet PC vision largely set aside many of the compromises of that era, that by and large were forced on us by a technology that couldn’t match the vision. But we got it. Yes, there was Inking that held many of us in line, and still does, but I would argue that Inking in and of itself, while important, was equally a part of the mobility and personal appeal.

I’m as excited as anyone to see how close or how far Apple has come with the iPad, but I harbor no illusions that they’ve solved the riddles that will make Tablets/Slates become as ubiquitous as everyone seems to think they will be (or wants them to be.) I don’t think any Tablet/Slate device we’ll see this year will necessarily solve them either. We’ve heard from Apple and others that the technology has finally gotten to the point where these devices now make sense to bring to market. But I think we’ve still got some distance to travel and this leg of the journey is just getting started.

To be honest, the most exciting thing I’ve seen this year has nothing really to do with Tablets necessarily, but might have everything to do with them in the future. Windows Phone 7 Series UI and the approach it takes to how the user interacts with his/her data/livestream/media/whatever holds great promise because I think it has the potential to bring a user closer to what they need when they need it and scoop up a small device to go looking for it.

The iPhone/iPad metaphor is centered on apps. Android’s experience so far points that way as well, as do the other Tablets we’re seeing promised. But the Windows Phone 7 Series UI… actually change that to user experience instead of user interface, seems to be aiming towards a future where the apps become more transparent as the data is prevalent. When I take a long view, that seems to make more sense from a Tablet user’s perspective than an app based metaphor does. If you look closely at the mocked up demo views of Microsoft Courier, and also go back and take a look at InkSeine*, you’ll see that whether or not it succeeds it has promise.

*Sidenote: Intriguingly when I went to link to the InkSeine web pages, none of the links I’ve relied on seemed valid. It may be me, but I wonder what that means.