Sony Ericsson CEO Bert Nordberg went on record with the Wall Street Journal saying that the mobile handset maker “should have taken the iPhone more seriously” back in 2007. These days the company is looking to expand it’s Android presence beyond the current 11% market share it now commands. And they’re also sticking with Google’s OS because “I wouldn’t feel comfortable investing in a platform that isn’t as good as the one that we currently use” in reference to the Windows Phone OS. Ouch, Microsoft.

But back to this other thing. It’s nice to see an exec being honest and upfront about this particular mistake given that not every mobile manufacturer has willingly admitted as much. That’s not always the case. The history of the iPhone is riddled with executives from rival corporations being drastically wrong about how much consumers would love it. 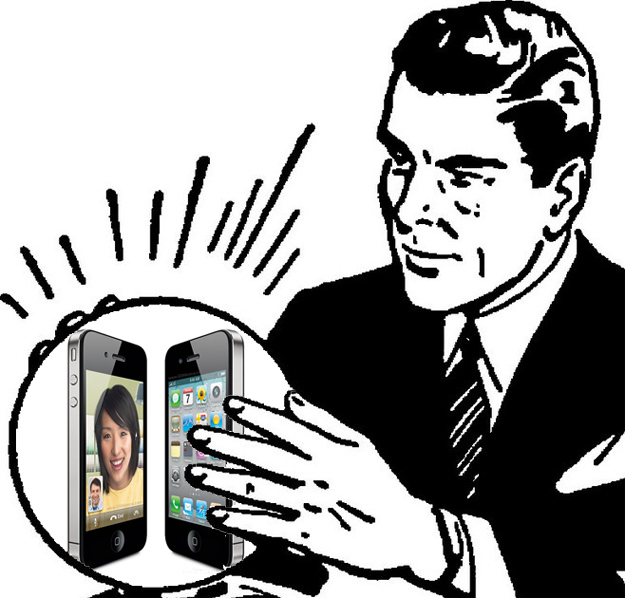 Take RIM’s top execs, for example. Business Insider recently rounded up a parcel of quotes about the iPhone, iPad, and Android that shows how bad they are at communication and at judging what their customers want. This early gem is my favorite:

“[The iPhone is] kind of one more entrant into an already very busy space with lots of choice for consumers … But in terms of a sort of a sea-change for BlackBerry, I would think that’s overstating it.”

One of the most obvious casualties of the advent of the iPhone is Palm. Back in March of 2009, Palm investor and board member Roger McNamee, Co-Founder of Elevation Partners (a company that owned 39% of Palm’s stock) went public with some seriously over-the-top statements about the Pre vs. iPhone. Not only did he make performance claims that even Palm distanced themselves from — “our product’s just going to run rings around [the iPhone] on the web. …it’s just going to be a million times—well, not a million times—several times faster.” — he also made what just looks like a boneheaded prediction about what consumers would do once they saw the Pre:

“You know the beautiful thing: June 29, 2009, is the two-year anniversary of the first shipment of the iPhone. Not one of those people will still be using an iPhone a month later.”

Yes, it’s easy to look back and say how wrong McNamee was, but even at the time people scratched their heads over the hyperbole.

And, of course, there’s the infamous Steve Ballmer, CEO of Microsoft, who scoffed back in 2007 that “there’s no chance that the iPhone is going to get any significant market share. No chance.”

It’s very odd to see quotes like these from giants in the mobile computing market. And they’re not alone — plenty of people who should have known better underestimated the iPhone. Looking back at these quotes makes you realize what bad futurists they are, which doesn’t bode well for the companies that are supposed to be creating the future.

Look, I’m no Apple fangirl. When the iPhone first came out I acknowledged that it was cool but rolled my eyes at the whole Jesus Phone aspect of the coverage and consumers lining up and all that. I still don’t want or need one. But the instant I saw it I recognized that it was a big step toward the kind of technology I was used to seeing or reading about in science fiction television shows and books. Not just the ones from that year, but TV and books from decades ago.

Even if these execs were just bloviating in order to put down the competition in favor of their own products, they should have immediately began trying to make products that were better and more exciting instead of waiting until it was too late. Mr. Nordberg and anyone else riding the Android bandwagon appears to be on the right road for now. But let’s hope they’re not counting on Google to save them from Apple. You have to innovate, not follow, in order to bring the future.

The cherry on top of this sad sundae is that way back when Apple showed off the first iPod, CNet’s MP3 Insider covered the event and wrote these fateful words: “The iPod is revolutionary in a number of ways, and its descendents will replace the PC.” There were a lot of naysayers on that point back in the day. Heck, plenty of people never thought the iPod would last. Hm.