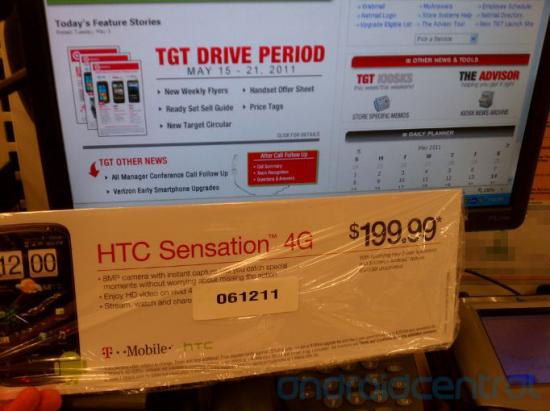 The HTC Sensation with its large 4.3-inch qHD display, 8-megapixel HD camera, and the latest version of HTC Sense will be among the many Android phones to lust for this summer, and a Target leak suggests that the phone will launch on Sunday, June 11, 2011 at the retailer for a price of $200 with a two-year contract or $550 sans contract. The device may launch earlier than June 11th, however, as that is the Target launch date. According to TmoNews, a leaked screenshot of the T-Mobile system indicates that the carrier intends to launch the handset on June 8th. 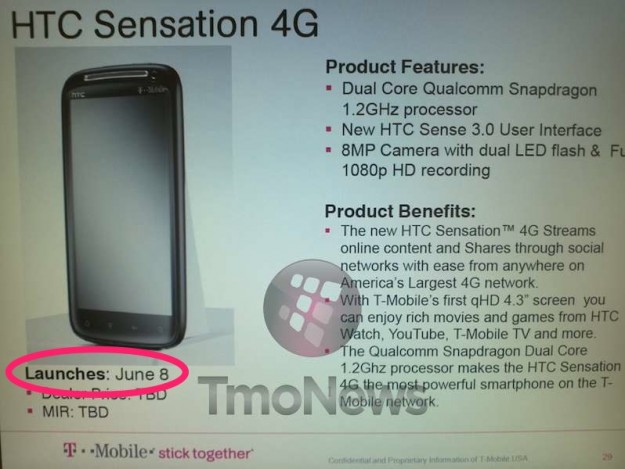 Via: TmoNews and Android Central