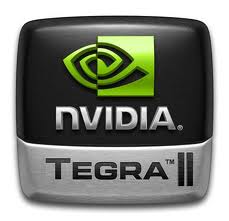 It looks like 2011 may be the year for Tegra 2 tablets and phones. The dual-core processor based on the ARM Cortex A9 reference design will be debuting in a number of tablets set to launch in 2011, including the speculated

According to DigiTimes, the MOTOPAD may be debuting sometime in February or March, but won’t be the sole tablet running Honeycomb for long. Rival LG is expected to follow shortly with its Optimus Pad Android tablet soon after, which is also rumored to be running on a Tegra 2 chip.

Tegra 2 is said to offer better processing and graphics capabilities on mobile devices while maintaining relatively conservative power draw. 1080p video encoding has been a rumored feature, though it’s unclear if handset makers will enable that feature at launch. The mobile chipset is expected to be used on a number of tablets and smartphones and is rumored for use by Samsung, LG, HTC, and Motorola.