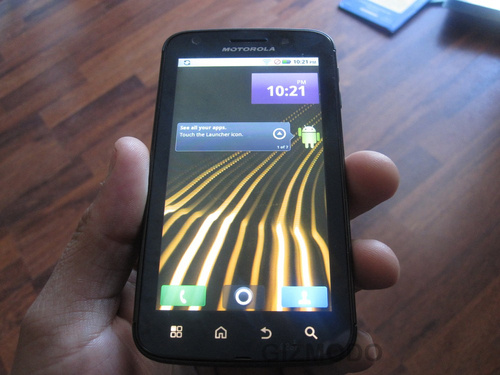 The authenticity of the claim that the un-released Motorola Olympus, destined for AT&T, was spotted and purchased for an undisclosed sum at a local flea market is unverified, but we do have some clearer images as a result of said purchase. The device, which is due early 2011 for AT&T, will run on the Android operating system, and will represent AT&T’s high-end Android offering. The Olympus will feature the MOTO BLUR user interface, which adds a number of widgets and deep integration with social networks such as Twitter and Facebook if the screenshots hold true. The Olympus will utilize the NVIDIA Tegra 2 chipset, which is a dual-core 1 GHz processor that should reduce heat and consume less power than single-core solutions, such as the current generation 1 GHz Snapdragon chips. 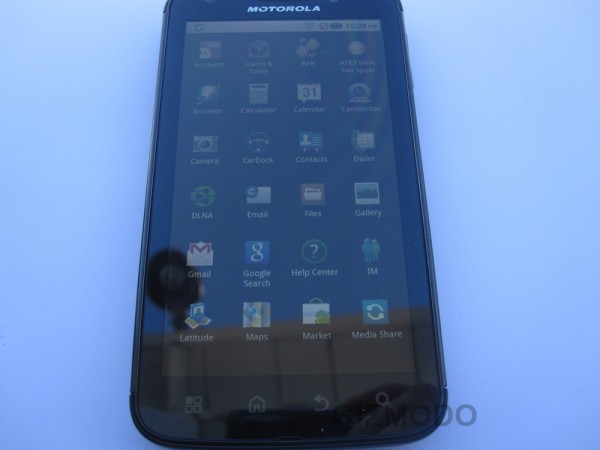 According to the tipster, the device is larger than the T-Mobile Motorola Defy. Additionally, the Olympus is said to also have a front-facing camera, joining devices like the Sprint HTC EVO 4G, Epic 4G, the iPhone 4, and Galaxy Tab. Thus far, in the U.S., front-facing cameras are starting to gain attention for video chat and web chat, but its use have been more limited and still seem to be more of a novelty.

Verizon Wireless will have a 4G LTE-compatible version of the Olympus for its network called the Motorola Etna. Additionally, Motorola will also be bringing a 4G dual-core tablet to Verizon in the form of the Motorola Everest.