Along with the FCC filing with Asus’ forthcoming Eee Pad Transformer Prime, teardown photos reveal that the next-generation Transformer Android tablet will ship with a quad-core NVIDIA Tegra 3 chipset, which is also known by its codename as Kal-el. According to Wireless Goodness, the FCC teardown photos, which reveal the internal components of the tablet, show that the Transformer Prime will also sport NAND memory from Hynix, wireless capabilities from an Azurewave chip, GPS by Broadcom. 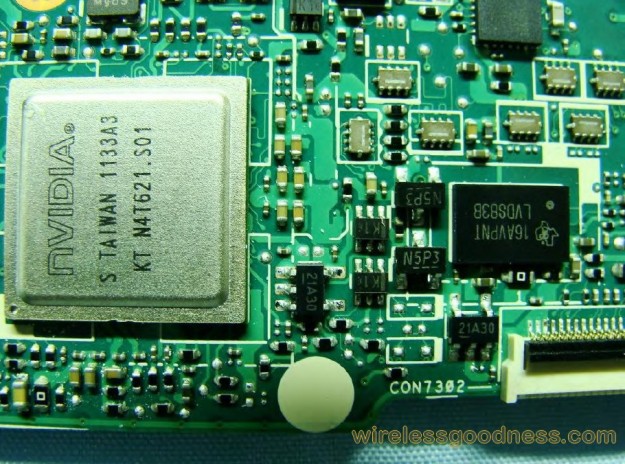 The device will also support a new laptop dock.

The tablet is expected to be announced on November 9. Though the Transformer Prime won’t launch with Ice Cream Sandwich, it is believed to be upgradable to Android 4.0.