The Tesla Model Y is finally official after an unveiling in California late Thursday. This new crossover is 10% larger than the Model 3, but still priced relatively affordably with a $39,000 starting price for the base version. Buyers can spend upwards of $60,000 with a fully equipped and maxed out Model Y, which will be produced and delivered first.

Elon Musk and Tesla showed off a Model Y Prototype and let journalists and fans test drive the new electric crossover at a special event at the Tesla Design Center in Hawthorne California. The move comes soon after Tesla started shipping the base Model 3 to customers and as major players in the automotive market are pushing crossovers instead of sedans.

Buyers can place a $2,500 deposit today to reserve a place in the Model Y production line. This is more than the deposit for the Model 3. You can place the order online and if you change your mind get a refund for your deposit. 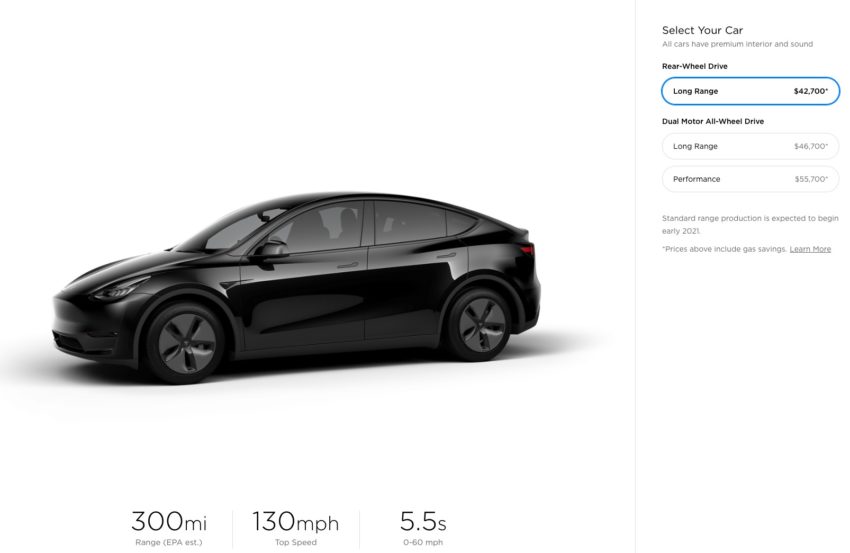 The Tesla Model Y cost varies based on the trim level you want. The Model Y starts at $39,000 for the standard range model and goes up to $60,000 for the Model Y Performance model. You can only place orders for the three higher trim levels at this time.

Consumers may be shocked to see the Model Y price listed as $4,300 less than the amount that they will need to pay and the amount that a loan will be required for. Tesla lists the online price with gas savings built-in, even though you need to pay the $4,300 up front. 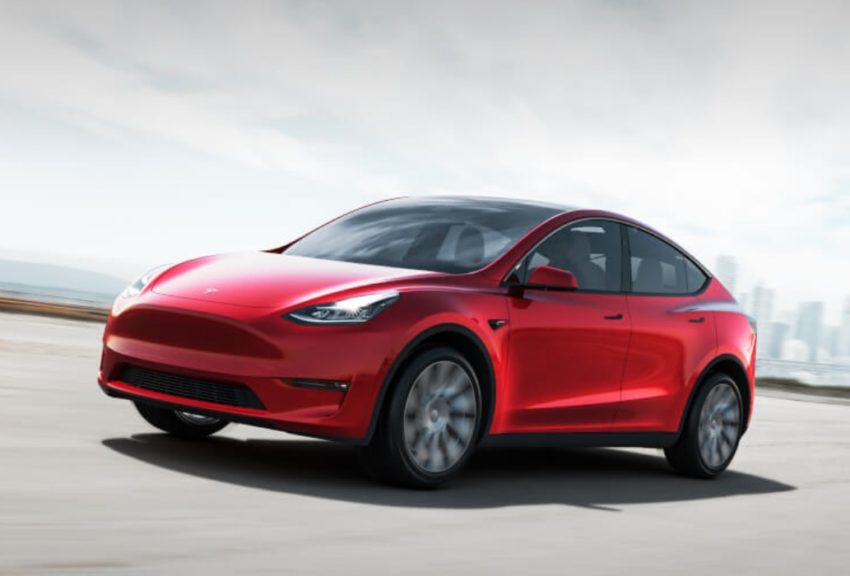 The Model Y is available in four trim levels or four versions with a variety of features and ranges. You can order the three more expensive models with the 280 to 300 mile range.

To get the full Tesla experience with Autopilot and what they call Self Driving Capability you will need to spend an extra $8,000 upfront. You can opt to get Auto Pilot now for $3,000 and get Self Driving added later but the price for that option jumps from $5,000 to $7,000.

Tesla says that all the models come with premium interior and sound. Buyers can choose from up to two wheel types and five colors for the Model Y, as well as a black or white interior.

The Model Y Performance includes faster acceleration with a 0-60 mph time of 3.5 seconds according to Tesla, as well as Track Mode, performance wheels and brakes, a lowered suspension and carbon fiber spoiler.

Tesla announced four Model Y trim levels with four varying starting prices and a range of release dates. This is typical for Tesla, which prioritizes the more expensive models when releasing newer vehicles, though the delay of the 7 passenger version is a surprise.

The three more expensive models will start deliveries in late 2020, while the base model will arrive in Spring 2021 according to Tesla. Tesla will also not ship the seven passenger Model Y until 2021.

Here’s a look at what Tesla fans and people from the event have to say about the Model Y. This event included hands on time and a test drive at the event. Expect to see more in-depth looks arrive later this year or early next.