More than half of all TGI Friday’s restaurants now accept payments through the chain’s new Friday’s app for iPhone and Android.

According to GigaOm, TGI Friday’s partnered with Austin startup Tabbedout to create the app.

Using the app is fairly simple. Sit down at the table and start a tab in the app to get a 5-digit code to give the server. The rest of the meal carries out normally. The server still takes the order and the user can keep track of their tab on the app. Then, instead of waiting for the check, users just pay when they want to and leave. 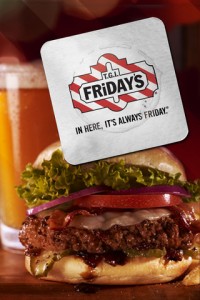 The Friday’s app only works in 350 of the chain’s 600 locations. Most of the other locations are franchises that haven’t signed on yet, but will likely do so soon.

Friday’s is the first national chain to support this type of mobile payment. The chain tried other tech-focused ideas in the past including QR codes on menus and location-based marketing. Friday’s stopped both experiments, but this new one will hopefully last a lot longer. One of the worst parts of eating at any chain restaurant like Friday’s is waiting for the check to arrive, and this fixes that problem. Now we can finally leave the restaurant whenever we want while still paying for the meal.

The Friday’s app is now available in the iOS App Store and the Google Play Store. We hope that other companies will follow Fridays’ lead, bringing us one step closer to using our phones as credits cards and never having to bring a wallet with us.