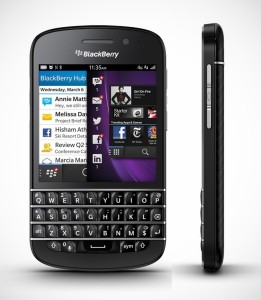 “These developers need do nothing more than make BlackBerry World profiles and submit icons, screenshots and app descriptions for their existing Android apps to appear in the BlackBerry 10 app ecosystem,” TechRadar reported.

Good e-reader and a few Android app developers reported that they were approached by the Canadian smartphone manufacturer about porting their existing Android apps, published in APK format, to submit those apps directly to BlackBerry World, BlackBerry’s app store.

Though these apps may not benefit from all the gestures and UI interactions that are supported by native BlackBerry 10 apps, the ability to run native Android apps would solve a huge problem for BlackBerry in growing the ecosystem and make devices like the BlackBerry Q10, BlackBerry Z10, BlackBerry Z30, and BlackBerry Q5 more attractive to consumers who had shied away due to more limited content available on the ecosystem.

It’s speculated that the ability to run native Android APK apps could arrive as soon as the BlackBerry 10.2.1 release, though Good claims that this won’t happen before BlackBerry 10.3. Whatever the case may be, this could help BlackBerry gain more attention as it could potentially have the same robust collection of apps available to Android users if those developers submitted their apps to BlackBerry World.