Adam took a look at the Android phones, now it’s my turn to give you my opinion on what the best Windows Phone 7 Smartphones are right now. My task is much easier since there are far fewer choices running Windows Phone 7. Verizon and Sprint are missing out on newer models with Mango already installed but the models they do have are upgradable to Windows Phone 7.5 (Mango).

This list is US Only. There are some really nice models across the oceans, but I am going to focus on what’s available locked or unlocked here.

Since the hot new Nokia Windows Phone smartphones are not yet for sale in the US (officially), I will be leaving them off for now. I am sure that one of them will jump into my Top 5 as soon as it’s made available. 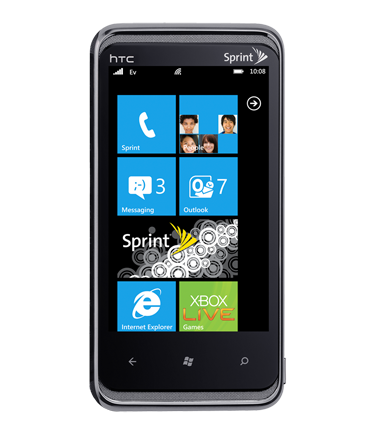 The HTC Arrive is literally the only Windows Phone device Sprint is offering. If I were a Sprint customer, this would be a phone I’d heavily consider. I am an old school Windows Mobile smartphone lover that couldn’t get enough of the slide out qwerty models. I was all over the Tilt, Tilt 2, and the Fuze as well as earlier models. The HTC Arrive has been out on Sprint since March, so it’s no spring chicken but it’s a great phone. 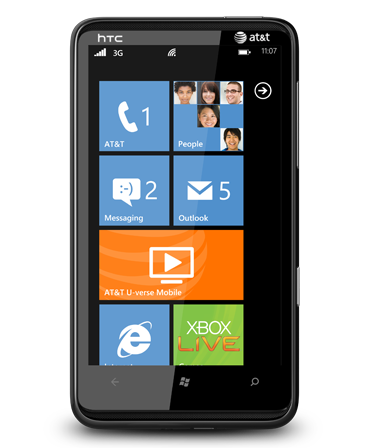 The HD7S is a descendant of the great HD7 which follows up one of the best Windows Mobile 6.5 phones that was ever released, the HD2. I could go on, but you get the picture and it’s a BIG PICTURE. Grab this one from AT&T for a great price with contract. If you are a T-Mobile customer, you can get the HD7 too. 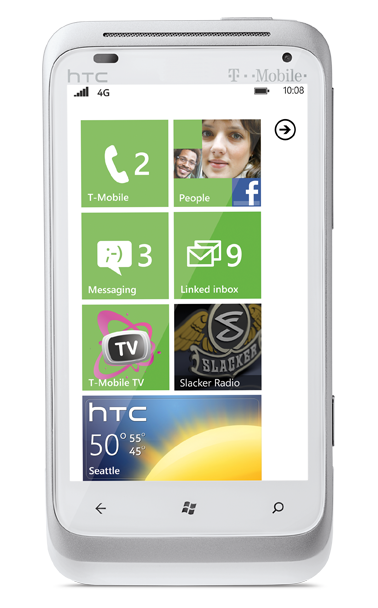 One word come to mind when I see this one, SEXY. Windows Phone 7’s UI is sexy and now its inside a device that equals it’s sexiness. Seriously though, I would love to see the HTC Titan in this shade of white. The HTC Radar 4G is my favorite T-Mobile phone right now. The screen on the Radar isn’t as small as it seems when it stands next to the HTC Titan though. It’s screen is 3.8″ which is more than enough real estate. 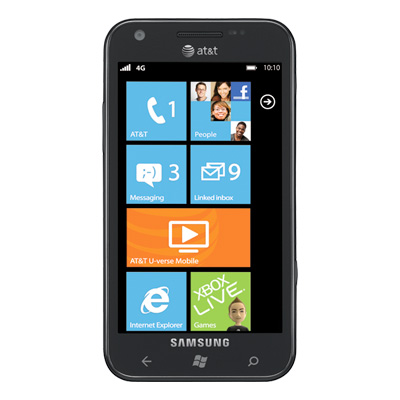 Yes, the HTC Titan is my choice for the best Windows Phone device out currently. It’s huge 4.7″ screen is absolutely gorgeous. Big screen and a big engine. The HTC Titan has a 1.5ghz processor and 16GB of RAM. Check out my impressions of the HTC Titan. (1st Day with the HTC Titan and Battery life and photos)

Hopefully Verizon and Sprint play nice with Microsoft to get some new Windows Phones into their lineups.
Related Topics:MicrosoftWindows Phone 7WP7WP7.5