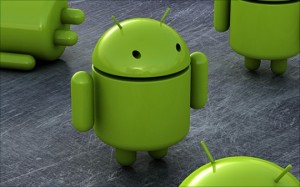 The world is still trying to make sense or divine meaning or guess what the Google acquisition of Motorola Mobility means and will mean. I’ve seen predictions (really? After only a day?) that says this is a brilliant move by Google and predictions that say this is a terrible move. I’ve also seen everything in between. Most of the speculation centers on two theories of how this may all play out, with a third lagging behind.

The first group of theories is that this is all about the patents. According to this wave of thinking Google needs to protect itself in the escalating patent wars among the mobile players. So acquiring Motorola Mobility’s patents will help Google in those fights. I’ve heard it called mutually assured self-destruction. I guess somewhere that makes sense in a business perspective, but it sure sounds like one heck of a way to weave a safety net to me. But then the business world has always been full of concepts that make no common sense. That’s why both lawyers and mob hit-men can both claim doing something heinous is “just business.” I’ll say more about the patent thing in just a bit.

The second group of theories is that Google now wants to be like Apple and have tighter control over its efforts in the mobile landscape by being able to create both hardware and software. This thinking has its proponents and its opponents. Certainly it makes logical sense on the surface but there are already a number of calls (mostly by those in the first group of thinkers) who think Google should spin off the hardware portion of the acquisition. I would buy that completely. But I’m not sure if Google does.

The third, and lagging thought bubble says that this may help Google with its Google TV product. Well, it certainly needs help as what we’ve seen so far has been lackluster to say the least. My speculation here is that if there is any benefit, it will only come as a side dish.

But back to that patent thing. I’ve been saying for some time now that the war for mobile hardware supremacy is a silly one. Regardless of patents and lawsuits there’s not that much difference between tablets and there isn’t much difference between smartphones. Sure some have things others don’t, but fundamentally they are all the same thing. I’ve also been saying that in the future we won’t see much in the way of new innovation over what we currently have on the market. Sure, we’ll see improved displays, and we’ll see faster processors, and 4G will eventually become a big deal. But we’ve already seen such silly gimmicks as 3D, and in my view most of the innovation is going to be incremental at best. Let’s face it, the mobile sector reached the point of incremental change marketed as “the next big thing” one heckuva a lot quicker than the non-mobile computing industry did.

What I think is going on here is that the makers and players all recognize that there isn’t much beyond incremental change they can offer on an innovation front (or is that differentiation)and that the battle is moving more towards stifling the competition on the patent war front than it is by hoping the next wave of products will capture consumers’ imaginations. The constant repeating by Google of the phrase “defending Android” around the announcement lends some credence to this in my view.

Of course I could be wrong here. My speculation is about as good or bad as anyone else. But I think we’re heading into a different kind of reality when it comes to the mobile scape. One where the battles are fought by the lawyers instead of the designers and the engineers.