The Samsung Galaxy S III figures to be one of the biggest smartphone releases of the year as it is the follow-up to Samsung’s wildly popular Galaxy S II, a device that ended up in the hands of over 20 million people since its launch 10 months ago.

And like any high-end Android device that figures to be popular with consumers, the Galaxy S III has had information flying out of the woodwork at an incredible pace.

So, being the good people that we are, we want to help keep those interested up to date on the latest rumblings concerning Samsung’s upcoming flagship smartphone. The complete picture is still unclear but there are definitely some items on the canvas that will help paint a clearer picture of a device that Samsung hopes will keep it on its current trajectory.

That being said, let’s take a look at the latest Galaxy S III rumors. 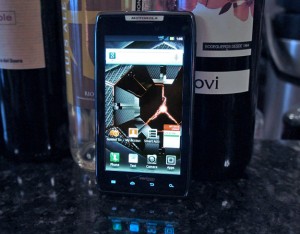 Will it be thinner than the Droid RAZR?

While we’re still uncertain about the exact design of the Galaxy S III, we haven’t seen any photos or renders pop up yet, we have heard that it will be a thin device, possibly even thinner then the Motorola Droid RAZR.

The Droid RAZR employs a design that is a mere 7.1mm at its thinnest point. The Galaxy S III is supposedly a mere 7mm, which, if true, figures to be one of the devices many selling points.

There have also been whispers about the Galaxy S III being a waterproof device, featuring Liquipel technology, and because the device is rumored to have a massive display, we have theorized that the Galaxy S III may drop the bezel found beneath the display.

Previously, we had heard that the Galaxy S III would have a high-definition screen. However, we didn’t know how big it might be or what kind of resolution it might boast.

A recent rumor though pegs the Galaxy S III as having a massive 4.8-inch display that will have full HD 1080p resolution along with a 16:9 aspect ratio. That is perfect for those that love streaming content on their device. Movies will be widescreen and they will be as crisp as if they were on an HD television.

(Read: iPhone 5 and Samsung Galaxy S III May Be Waterproof.)

We’ve argued that the size may not be a good thing, 4.8-inches is massive, but there is not disputing the resolution and aspect ratio, both of which would be incredible, if true.

With all of the quad-core devices getting announced at the Mobile World Congress 2012, you’d think that the Galaxy S III would probably feature a quad-core processor. And guess what?

Specifically, a 1.5GHz quad-core Samsung Exynos processor. Paired with a great GPU, a massive battery, and a good amount of RAM, and you have a recipe for success.

Last but not least, the cameras. The cameras found on the Samsung Galaxy Nexus, the company’s high-end device on Verizon, left something to be desired. And while we don’t know if the cameras on the Galaxy S III will be an improvement, we do know that they’re rumored to have familiar mega-pixel counts. 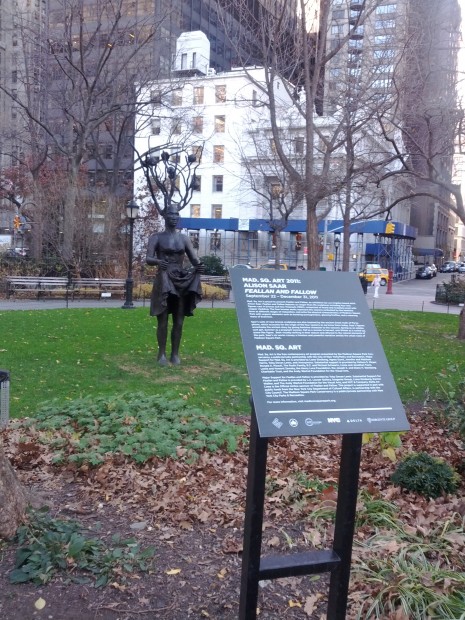 The Galaxy Nexus camera left a lot to be desired.

It’s fairly safe to assume at this point that the Samsung Galaxy S III will have Google’s Android 4.0 operating system on board when it arrives. The signs are all pointing in that direction and it would be odd to see Samsung’s flagship device launch with anything less.

And this is a good thing.

Android 4.0 Ice Cream Sandwich is arguably Google’s best mobile software to date and it brings a ton of new features along with it.

We also suspect that Samsung will be putting TouchWiz, its own customer user interface, over Android 4.0 but at this point we don’t know the version. We’ve got a glimpse of what it might look like back in December when a video of TouchWiz with Android 4.0 leaked out on video, which you can see below.

So, if you’re looking for a vanilla Android experience, the Galaxy S III probably won’t be where you want to look.

These days, 4G LTE is all the rage and the Samsung Galaxy S III has caught the fever it seems. It’s rumored to have a radio on board that supports 4G LTE networks. Carriers in the United States that employ 4G LTE?

Carriers in the U.S. that will have LTE at some point?

Sprint and T-Mobile, with Sprint planning to get its network up by mid-2012 and T-Mobile promising 4G LTE in 2013.

Let’s narrow it down a bit, shall we?

MetroPCS and Cricket are likely out.

U.S. Cellular may get it, but we doubt it will be one of Samsung’s launch partners.

T-Mobile’s HSPA+ 42 4G network is fast and a Galaxy S III on that network would sell very well.

Verizon exclusively released the Galaxy Nexus in December but that will be six months in the past come summer. Verizon has an extremely short memory when it comes to smartphone launches so we wouldn’t be shocked to see it land on Verizon.

Lastly, AT&T. AT&T is an absolute lock for this phone. It needs a new flagship Android device, the Galaxy Note won’t cut it, and it will have a fairly big 4G LTE network in place by the time this phone arrives.

And who knows, maybe it’ll show up on Virgin Mobile or Boost after launch.

Samsung itself has confirmed that it will be announcing the Galaxy S III at some point during the first half of 2012. So, that means we could see it announced at any point between now and the end of June.

We’ve heard a bunch of dates thrown out there but we’ve also heard that Sammy will be tying in a major product launch in with the Summer Olympics in London. Chances are, that launch is the Galaxy S III which Samsung will want to promote on a global scale.

If that’s the case, we don’t expect to see the phone arrive until late April, or May at the earliest with a launch coming either in May or June.

Pricing is currently the big unknown. Of course, it will differ from carrier to carrier, region to region, but we don’t expect the device to be priced any differently than any other high-end quad-core smartphone.

Unfortunately, we don’t know how much of a premium, if any, U.S. carriers will ask for for a quad-core smartphone so we can’t really put our finger on a specific price.

However, if Samsung wants to make a big impact, we expect this phone to be fairly aggressive with its price tag.

Verizon has already shown a willingness to drop the price tags of its 4G LTE smartphones and we imagine that other carriers will do the same in order to stay competitive.