Have you ever dreamed about a tablet that has a display larger than 10.1-inches? And maybe an Android tablet at that?  Cue Martin Drashkov who has created a 23-inch monstrosity that he calls the MegaPad. The MegaPad looks like a television but in fact, it runs like an Android tablet that you see out on the market. Yes, it’s 23-inch display is a full-on touchscreen running a version of Android not named Honeycomb.

Drashkov rigged the thing up for about $600 and it’s apparently his belief that the MegaPad could turn into a mainstream device. In all honesty, I doubt this thing would go mainstream, but I do know more than a few people that might look into buying one. 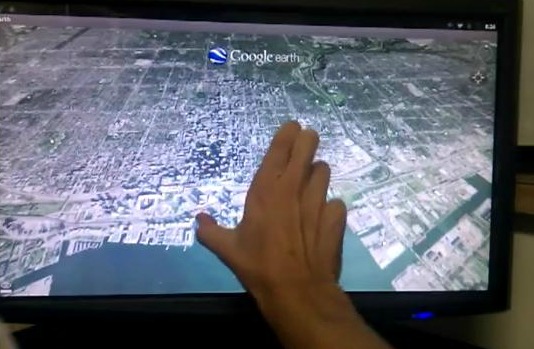 I mean, $600? You’d have to at least think about buying the Megapad, right?