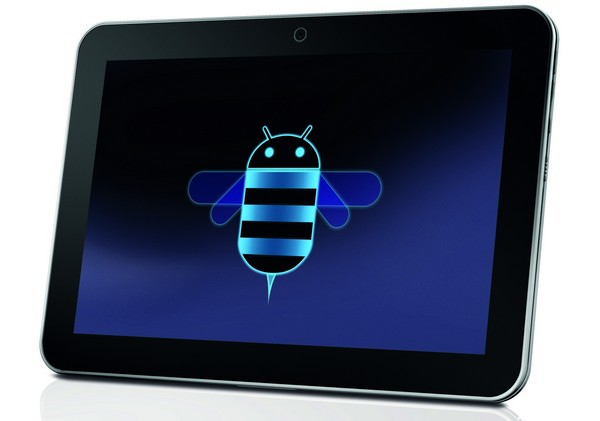 The Toshiba AT200 aka Toshiba Excite

Here we go. The great Tablet race is about to kick off the fall leg of this ongoing competition. We’ve got a few new entrants. Some that are already hobbled but hoping to get back into the game. And of course, we’ve lost a contender or two from the summer schedule.

At the IFA conference we’re starting to see what the next wave of Tablet contenders will look like as manufacturers like Toshiba, Samsung, and Sony are showing off prototypes. Of course they hope these devices will indeed capture the public’s imagination, and from what I’m reading they have a chance to do so. From what I’m reading I also see that some of these companies haven’t learned the lessons of this generally failed last wave of Tablets and still seem to not understand how important a first reaction is to their shiny new devices.

We’re also seeing what has been historically typical with these announcements. No info on price or release dates is something most are used to. But I think there’s a new wrinkle in this now treacherous path from early release hype to actually delivery of product. If you’re coming out with an Android Tablet, it had better include Ice Cream Sandwich, or have a clear, unencumbered path to upgrading to it on release. The monkey shines that have gone on so far with Android Tablets and their OS has got to stop. The segmentation in the market isn’t working in the big picture and consumers are starting to wise up.

Xavier is at IFA and I’m sure will be filing some more reports on what he’s seeing. We’ve already put up some coverage of some of the Tablets that are on display. (see below.) Two things stand out. Manufacturers are looking to differentiate a bit with the form factor (Sony). What Google (and the manufacturers) do with Android will still be a big factor in the success or failure of these devices. Actually three things stand out. This market is still very undefined once you get past Apple and the iPad. Speaking of, , actually scratch that, laughed my butt off, at the folks who played the rumor game about an iPad 3 this fall. It was never going to happen.

So, where are we in the Tabletscape these days? Well, so far there’s no question that Apple has continued to dominate, not just in terms of sales, but in terms of wrecking the plans of other companies. Some of that has come from lackluster products in the game of catch up. Some of that is from legal maneuvering that is still going on. All eyes are on Google and Ice Cream Sandwich. This new iteration of the Android operating system has to be a hit on Tablets. Actually it has to be a bulls eye and not just a hit. There are too many Tablet plans and hopes that have been crippled by Google’s inability to deliver a good Tablet experience with Android so far. Curiously, Microsoft is still in the mix (can you believe that there is actually a Windows 7 Tablet being shown by Samsung at IFA.) But that’s a combination of everyone else’s failure at playing catch up and Microsoft’s strategic withdrawal from the field this year in hopes that things will get better with Windows 8.

And then there’s Amazon. We all know Amazon is bringing a Tablet of some type to the field this fall. We can pretty much bet that it will have Android at its core and be tied to Amazon’s services. This has the potential to upset the race because it will be the only Tablet launched that can compete on a complete ecosystem front right out of the chute. Sure, Android Tablets have the Market Place and you can access other content relatively easily from other sources. But, if nothing else, Apple has proven that convenience reigns in the mass market. Amazon can play in that space and play well.

Unfortunately as the players line up for the autumn leg of the Tablet race, we’re seeing some of the same old marketing problems. I know these companies want to get products out in front of the media and start making potential customers salivate. But, goodness, don’t they understand that reviews or first looks that say the software or the hardware isn’t ready yet has become the kiss of death? I may be wrong here but the media and the blogosphere seem to have moved on from the usual game of early looks with prototypes and cutting new entries a break. Frankly, in my view, that’s a good reaction against some of the sloppiness we’ve seen in the recent past. I’m referring here to Josh Topolsky’s review of the Sony Tablet S.  These aren’t movie trailers. These are opening nights or weekends. I don’t think anyone likes that on any level, but unfortunately, we’ve all built the system that makes it so.

Other Posts on New Tablets