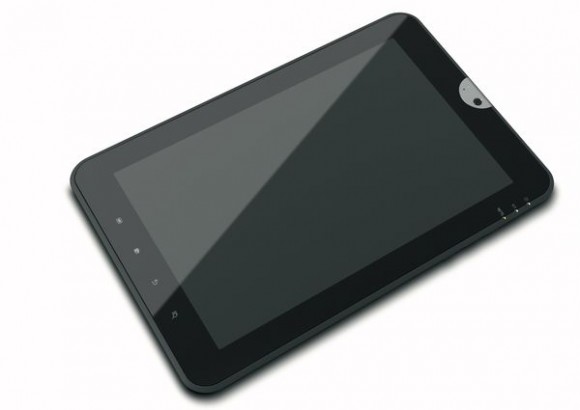 File this one under CES 2011 Tablet Tease. As expected Toshiba is announcing its 10.1 inch Android Tablet slightly ahead of all the fun and games at CES 2011. And why not announce early since it the new Tablet is going to be running Android 2.4 (Honeycomb) which won’t be out for a while yet.

Toshiba is looking at an end of June release date, run the NVidia Tegra 2 chipset and have the soon to be de facto standard of front and rear facing cameras. Although the design isn’t quite finalized yet (Hmmm?) we may or may not see USB, mini-USB, and SD card slots. No price is set yet, although Toshiba promises to be competitive with Apple’s iPad pricing. (Can you say wait and see?)

This is the first of the new breed of Tablets Toshiba will be releasing in the US, and in size and photo shopped imagery it looks strikingly similar (but not exactly) to the Tega V2.