Call it a novelty if you like and I guess that would be appropriate but the theremin is indeed a musical instrument. Some would call it the first electronic instrument. Invented in 192o by Léon Theremin. Originally the product of Russian government research in proximity sensors, the device creates sound while moving your hands over two metal antennas. After moving to the US in the late 1920’s Theremin patented his device and he granted commercial production rights to RCA.

In the hands of amateurs it often sounds for all intents and purposes like B-movie alien ray gun sounds, but the theremin has had a long history of being played with orchestras, on movie soundtracks and with musicians in several genres and time periods. I once directed a show where the author/composer and one of the actors teamed up to include a theremin in the show. It was quite amazing. 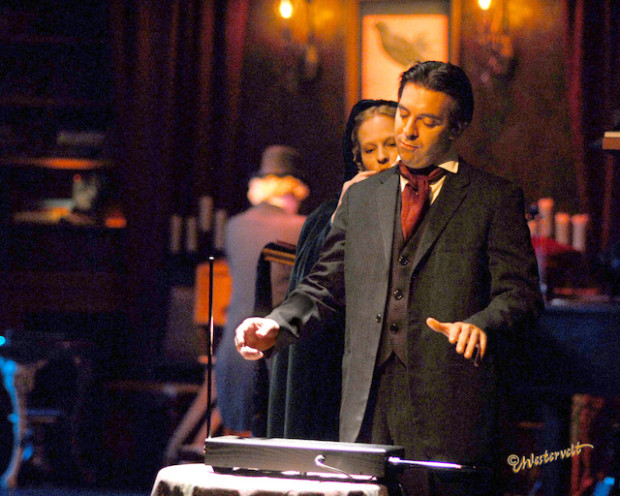 Here’s an entertaining video of Léon Theremin playing his invention. 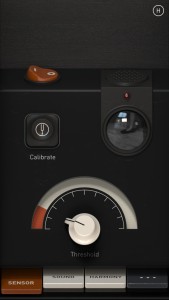 Well, if you’re interested in theremins and have an iPhone you might want to take a look at the iOS App, Theremin I/O. It will turn your iPhone into a theremin and you too can make B-movie alien sounds or real music if you have the aptitude.

Instead of two antenna, Theremin I/O uses the iPhone camera with the flash turned on to read your hand motions and create sound. There are a number of controls to allow you to play with the sound by adjusting vibrato or using a variety of presets. You could even hook this up as a MIDI controller but that requires an in App purchase.

To use the App you first calibrate the phone with your hand following the instructions. Then you flip on the switch and off you go. There’s a viewer that allows you to watch your hand move about through the App so you can see and judge what sounds you create.

Here’s a quick video of me making a few sounds with Theremin I/O. Fair warning: a musical talent I am not.

Theremin I/O costs $1.99 and can be downloaded from the App Store.