The Lenovo ThinkPad x220 is a new 12.5″ ultraportable notebook that will be available for purchase in April. We’ve had a chance to use the ThinkPad x220 as our primary notebook for the past several weeks and we have been blown away by what this 2nd Gen Core i5 powered ultraportable can do all while delivering up to 15 hours of real world battery life! 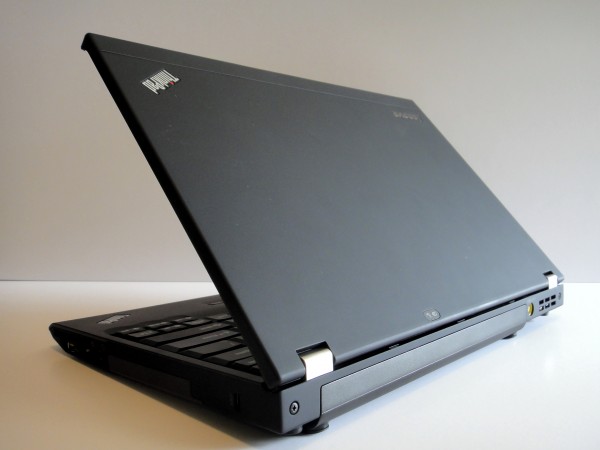 The x220 is the update to the popular ThinkPad X201 ultraportable, which incorporates several new design changes and features that really complete the user experience. There is also a Lenovo ThinkPad X220t, convertible tablet coming with similar spaces and pricing.

You should head over and check out our full ThinkPad X220 Review, where you’ll learn why we gave this ultraportable our Editor’s Choice award, but in short this is one of the first ultraportable notebooks we have used that could work as the only notebook you have — and with a starting price of $889 you’ll be amazed at what it can do.

This was one of the first Sandy Bridge systems we have had a chance to use and we wanted to test out the integrated graphics so we loaded up Just Cause 2 and were surprised to find a playable game on medium settings. The X220 wouldn’t be our first choice for a gaming notebook, but it is able to transition from work to play without any trouble.

The keyboard is, like on all ThinkPads, really great with a nice feel and layout of keys, but the mouse stole the show on the x220. It’s not that the mousepad si perfect, but it is 45% larger than the x201 and is a clickable surface so you can click anywhere on the upper portion for a left click, much like on a MacBook. The integrated buttons are curved at the base to fit the lid’s slight curve and delivers a passable two finger scroll.

If you’re looking for a great new ultraportable, that weighs in at under 3 pounds with  12.5″ IPS display and a starting price under $900, you need to read our in depth Lenovo ThinkPad X220 review.