Three Things Apple is Worth More Than (AAPL)

After the announcement of the iPad 3 event yesterday, Apple’s market cap rose significantly.

Today the company is worth more than $500 billion.

A single share of Apple stock (AAPL) currently sits around $540.

With all that money, it’s just hard to conceptualize how big Apple is, and just how much it’s worth as a company.

To help see just how much Apple is worth, we took a look at Things Apple is Worth More Than, an excellent Tumblr that lists exactly what you’d expect it to. Here are three of the most interesting things that Apple is worth more than. 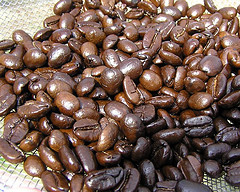 The 25 million people involved in the coffee industry, all working so that the rest of us can have a cup or two each morning. The entire industry generates $70 billion a year. However, that’s nothing compared to Apple, which is worth more than seven years of the coffee industry.

Or, to put it in other terms, Apple made more than half the revenue of the coffee industry in the first quarter of 2012 alone. 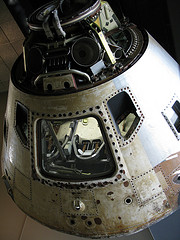 During the Cold War the United States spent a lot of money to get into space, and landing on the moon. Adjusted for inflation, the entire Apollo Space Program cost $145 – $170 billion dollars. Even at $170 billion, that’s still less than half of what Apple is worth.

We could fund the entire Apollo program twice, and still not spend as much money as Apple is worth.

That realization makes the fact that the “Apple Mothership” isn’t a real spaceship even sadder. 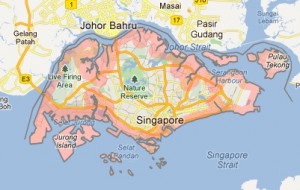 3. The Entire GDP of Several Nations

This one is perhaps the most mind boggling stat of them all. According to Things Apple is Worth More Than, Apple is worth more than the entire GDP of the nation of Singapore.

However, that was back in September 2011. Today, according to ValueWalk, Apple is worth more than several other countries including Poland, Belgium, Sweden, Saudi Arabia and Taiwan.

So, one company in Cupertino, California is worth more than the GDP of several Asian, European, and Middle Eastern countries.

Apple still has more room to grow. There’s the iPad 3 next week, Mountain Lion this summer, and the iPhone 5 in either the summer or the fall. There’s no signs that the company will be slowing down any time soon, so unless Google or Microsoft steps up with something that makes iOS and OS X entirely obsolete people will continue buying Apple products, and its worth will continue growing.