According to TWC Untangled, the new version of the TWC TV app offers the same DVR functionality as the old app on all phones. The app will still work on all devices, but on non-rooted phones running Android 4.0 it also supports live TV streaming. 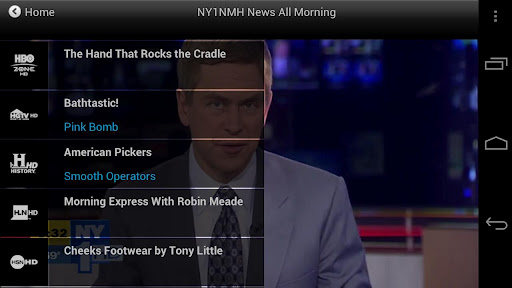 Sadly, some Android users don’t understand TWC’s reason for blocking rooted devices from watching live streams. The Google Play Store page for the app has more than 500 one-star reviews from users. Many of those users are upset because they can’t watch TV on rooted devices.

Other users are upset that they can’t watch TV on their phone because they don’t have ICS, which is understandable, but there’s nothing either TWC or the users can do to fix that issue. Users just have to wait for manufacturers to update their devices, which may take some time.

If you download the app and run into problems, its recommended that you uninstall the app and reinstall it. According to Time Warner Cable that should fix any issues of the app crashing or not loading.