Apple had stated that the ‘Do Not Disturb’ feature of iOS 6 will automatically resolve itself on January 7th, and given that today is the 7th, the bug should no longer inconvenience iPhone users. The bug, discovered over the New Year holiday, caused the iPhone to have a hangover where the feature would not be automatically disabled as scheduled. 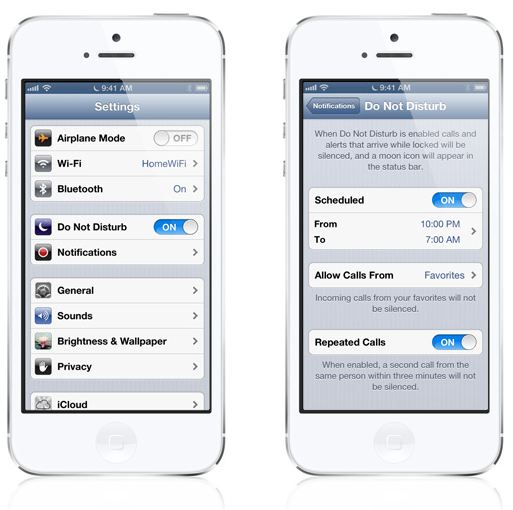 To disable Do Not Disturb, users had to manually turn off the feature in the morning, thus over-riding their scheduling of Do Not Disturb.

Apple subsequently responded that there isn’t–and won’t be–a fix for the mysterious glitch. The company says that the issue will resolve itself without any intervention on January 7th. Given that today is that magical date, users should be able to resume scheduling their Do Not Disturb settings again without any manual intervention.

It’s still unclear what caused the behavior or if at some point in the future if the glitch may re-surface, but those who trust Apple’s non-fix fix can begin resuming Do Not Disturb scheduling at this time.