Apple won’t likely announce the new iPhone for 12 days, but today is the best time to lock in an iPhone 5 trade-in price.

Gazelle, Nextworth, Glyde, Apple, eBay Instant and other companies will purchase your used iPhone 4S, iPhone 4 and iPhone 3GS at prices high enough to pay for the new iPhone.

These prices are set to drop dramatically over the next two to three weeks as we approach the iPhone 5 release date, pegged for September 21st. Gazelle’s trade in price for the iPhone 4S 64GB model dropped $60 in the last 20 days.

The best places to trade in the iPhone allow users to lock in an iPhone 5 trade in price today, and keep using the iPhone until the new iPhone shows up on your doorstep on September 21st. 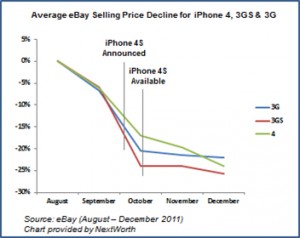 Users who lock in a trade in price on Nextworth and Gazelle are good through October 1st, so users don’t need to worry about going without a phone, or sending their old iPhone out early if the new iPhone launches later.

Users can receive up to $500 in trade in value for old iPhone models, but the highest trade in prices come with a catch. Amazon offers $500 for the iPhone 4S 64GB model, but users must send it in within seven days, and the amount is paid in an Amazon gift card.

Below are some of the best trade in prices for the iPhone 4S, iPhone 4 and iPhone 3GS

It’s important to remember that for now Nextworth and Gazelle are the only place users can lock in a price today and send the iPhone in after the rumored iPhone 5 release date.

How to Trade in an Old iPhone for Cash

Why I Trade in Every Year

The iPhone 4S in my pocket isn’t even a year old, but when I send it in to Gazelle, Nextworth or Amazon in September I can receive over $100 more than I paid for the phone in Amazon store credit, or just $50 less than I paid for it in cash. 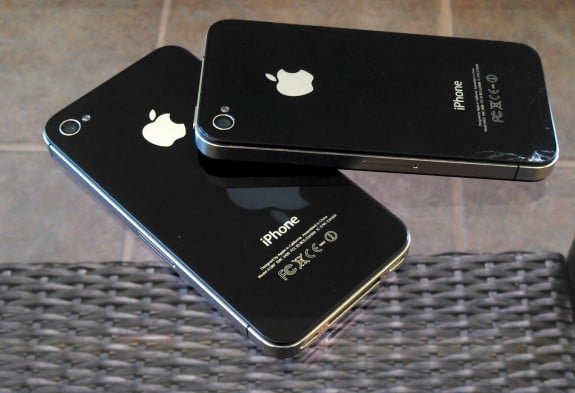 You can even trade in a broken iPhone.

This means even though I’m buying the iPhone 5 off contract at inflated prices I won’t pay much more than if I was signing a contract and getting a discounted price.

Based on past trends, the trade in price will drop by a little more than $100 by the time the next iPhone arrives in a year. By selling now I maximize my value and can trade in the iPhone 5 next year for top dollar, to keep the trend going. After the initial investment I am able to upgrade at a minimal cost.

Even if you trade in every two years, it’s still enough to pay for most of the price of a new phone.  Android users won’t enjoy this cheap upgrade path. The Galaxy Nexus I paid full price for last December is only worth $92.

Check out our iPhone 5 coverage to find out what to expect from Apple next month. We’re looking forward to the first iPhone with a larger display and 4G LTE connectivity, but won’t know for sure until the rumored September 12th launch date.