The Tony Hawk Pro Skater 5 release date is finally here, but before you grind and ollie you need to catch up on the latest information about the new THPS 5 release.

After a long absence gamers are eagerly looking for Tony Hawk Pro Skater 5 reviews, deals and other release date details about the game.

There was no need to pre-order Tony Hawk Pro Skater 5 to get the game today, and you can already walk into a store and pick it up — but before you do there are some important details that buyers need to know. 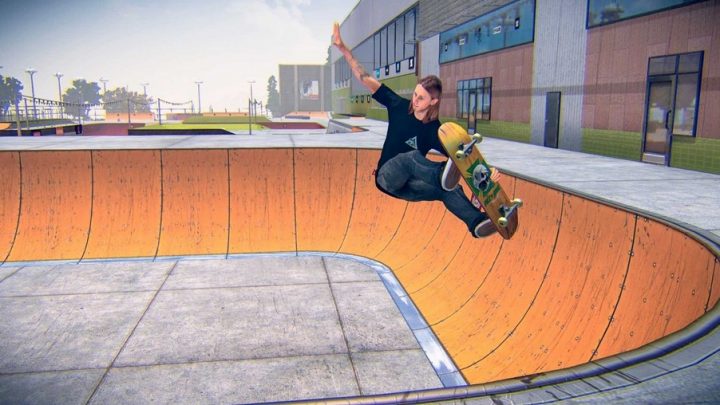 What gamers need to know about the Tony Hawk Pro Skater 5 release date.

The Tony Hawk Pro Skater 5 release date is September 29th on disk and digital. There was no midnight release event, but you could start playing the digital game at 12:01 AM.

Gamers can buy Tony Hawk Pro Skater 5 for PS4 and Xbox One today. The game retails for $59.99.

After a rough reveal and a long absence from gaming, there is a big demand for Tony Hawk Pro Skater 5 reviews, but they are tough to find so far.

There are no professional Tony Hawk Pro Skater 5 reviews live yet, which normally happens when a studio does not grant early access to the game. In the case of THPS 5, this may be due to a massive day one update that arrived with the game.

On reddit, Brian Mundt shares his Tony Hawk Pro Skater 5 review and the gameplay video above. Check out the overall review on Reddit.

“First of all, the second-to-second gameplay feels “off.” It’s a difficult sensation to explain, but the crispness of the previous entries seems absent. I believe it has to do with the physics, but it’s too early to say.

The structure of the game is borderline bizarre. Players are dropped into a “free-skate” arena, which is littered with waypoints. Skating up to one of these waypoints will give you the option to engage in any one of the course’s “missions.” What’s strange is that when you select a mission, you’re taken out of the free skate session, and plopped into a new “instance” by yourself. Once you’re done with the mission, you’re ripped back out and plopped into the free-skate session again. You’ve got to do this for “missions” like high score challenges, which could be accomplished in normal sessions in prior games”

The first Tony Hawk Pro Skater 5 update is already available as a day one patch that is actually larger than the game itself.

The THPS 5 download is just 4.6GB in size, and the first update is over 7GB in size. Hopefully this brings fixes for some of the complaints we’ve seen from the early reviews.

Xbox now lists the overall THPS 5 download at 7.8GB for the Xbox One.

There are not many Tony Hawk Pro Skater 5 deals to be had just yet, but you can save a little. If the early reviews are any indication this may be a game that goes on sale soon.

If you are a Best Buy Gamers Club Unlocked member you can still save $12 on THPS 5.

That’s the bulk of the deals you can find right now.

Watch the videos below to see Tony Hawk Pro Skater 5 gameplay videos, including Conan and Lil Wayne playing the game.

If you want to see gameplay instead of listening to someone talk over a logo, skip to the 1:12 mark on the video below.

The THPS 5 release includes multiplayer with support for 20 players on Xbox One and PS4. There is no multiplayer coming to the older consoles. Here is a lok at multiplayer gameplay.

Here’s one more THPS 5 gameplay video from a regular users that shows off a skate park and moves.