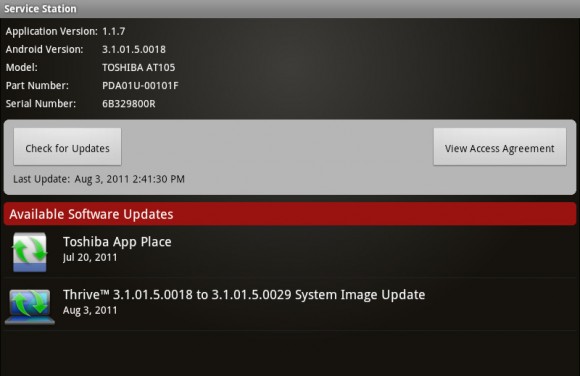 As promised, Toshiba is now delivering a software update for its Android Honeycomb Thrive tablet over the air. The update will fix the sleep issues that users have been complaining about. Though a relative newcomer in the Android tablet space, Toshiba’s quick action and resolution to user complaints may bode well as the manufacturer hopes to capitalize on the hot consumer tablet market.

The update can be accessed through Toshiba;s Service Station Utility app on the Thrive, and is a quick over the air install.

In addition to the sleep issue, the update also enhances multimedia playback on the Thrive.