Toshiba promised Ice Cream Sandwich for its Toshiba Thrive and Thrive 7 tablets sometime this spring, however, it looks like the manufacturer is not going to be able to deliver on that promise.

In a post today, the company confirmed that the Toshiba Thrive and Thrive 7 Ice Cream Sandwich release dates have both been delayed until sometime during the fall months of 2012.

Toshiba has not offered any specifics beyond that so this means that tablet owners could potentially be waiting several months before Ice Cream Sandwich finally arrives for their device.

Read: Toshiba Thrive Review: A Middle Of The Road Tablet. 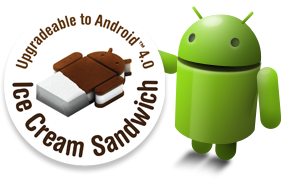 It looks like Thrive tablet owners will have to wait for ICS.

Clearly, this is not the news that Thrive and Thrive 7 owners wanted to hear, but trust us, this is probably for the best. It’s clear that the updates weren’t ready for either device and there is no sense in releasing software that isn’t ready.

That being said, there are definitely some Thrive owners who are worried that the update might never roll out. We hope that Toshiba is able to clear their consciences sooner rather than later.

Until then though, owners are going to have to deal with rumors and mystery and uncertainty, something that has become the norm in the world of major Android software upgrades.

Owners will also have to deal with Android 3.2 Honeycomb, an operating system that was replaced by Ice Cream Sandwich last year and will soon be overshadowed by Android 4.1 Jelly Bean, Google’s next piece of mobile software that is expected to be announced at Google I/O next week and possibly released shortly afterwards.

Certainly not a fun predicament to be in, is it Thrive owners?