Soon after the Transformer Prime became official, Amazon had begun taking pre-orders for the tablet, but the online retailer had quickly withdrawn its pre-order pages after that as it found out that inventory for the world’s first quad-core Tegra 3-powered Android tablet would be strained. It’s unclear if supply for the Transformer Prime is easing up again, but Amazon is once again taking pre-orders for the tablet in 32 and 64 GB capacities in both the amethyst gray and champagne color configurations. 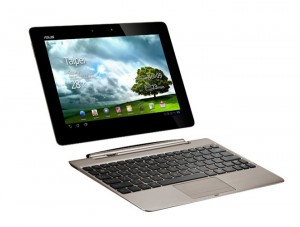 It should be noted that these prices do not include the cost of the optional laptop keyboard dock that converts the Transformer Prime into a laptop form factor. That docking accessory costs an extra $150. At the 64 GB price point and the dock, users are looking at $750, bringing the price of the package closer to the price of Ultrabooks.

The tablet is slated for release this month in December.