Asus UK has confirmed the Transformer Prime’s arrival in the UK along with some interesting news. The quad-core Tegra 3-powered tablet and successor to the original Eee Pad Transformer will be arriving in the UK in January, following the tablet’s release in the U.S. expected this month. In the UK, however, owners looking at the Transformer Prime can only purchase the tablet as a package together with the laptop keyboard dock; unfortunately those looking to save a bit of money cannot buy the slate separate from the unique form factor-transforming accessory. 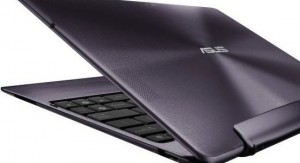 The tablet is expected to be the first tablet to debut NVIDIA’s Tegra 3 quad-core CPU alongside a multi-core GeForce graphics engine.

Additionally, in the UK, the Transformer Prime will only be available in WiFi; Asus has no plans on offering a 3G model of the tablet.