Polytron Technologies says that transparent and translucent smartphones are coming this year in 2013. These phones, according to the transparent glass-makers, would be largely transparent except that it will still reveal some internal phone circuitry, batteries, and components like chips, antennas, modems and memory cards. Most of the phone would then be see-through except the non-sexy parts, which will be covered by a casing of some sort–likely a plastic or metal shell.

A prototype of the device was shown recently, but the prototype was non-functional. Despite that fact, Polytron head Sam Yu says that he’s working with all smartphone manufacturers to deliver this technology commercially this year. 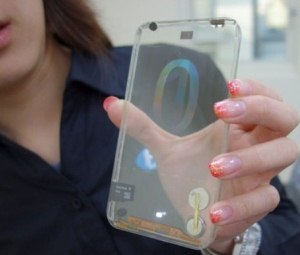 According to Tech Hive, it’s still unclear how much a transparent smartphone would cost when it gets released. However, it seems that the technology are mature and we can begin to see products that were once concept come to life this year.

The move would be different from the way phones are made today. Rather than plastic or metal shells–or even painted glass ones like that on the iPhone 4, iPhone 4S, and the Google Nexus 4, the phone would be transparent with opaque circuitry with Polytron’s special glass. Polytron, which has made a name for itself generating privacy glass screens where at the push of a button, electric current can transform clear glass into opaque glass to serve as privacy screens. On the surface though, this may not seem prudent or even practical on a smartphone, but here are some potential applications of the technology in the mobile industry. 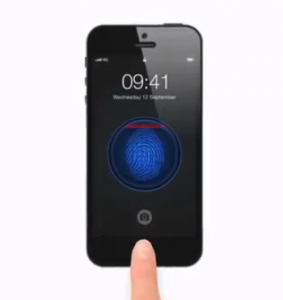 Certain non-critical components of a phone can be hidden behind translucent or colored glass, which would turn clear when a user needs to access those components. Apple had recently filed for a patent for an iPhone with similar technologies where a biometric fingerprint reader was hidden. For example, if you had a white iPhone, when not needed, the fingerprint reader would be hidden under white glass that was similar in color tones as the rest of the phone. However, when an app or the system calls for user authentication, the iPhone would change the glass to clear to reveal the fingerprint reader and users can swipe their fingers, after which the glass would change to the white hue again.

And how about hiding a secondary display as another example? The Samsung Continuum on Verizon Wireless had a ticker display just below the large primary display that was used to show ticker information. That display, when not needed, could be hidden behind a glass with colors matching the rest of the phone to give a continuous and seamless look. 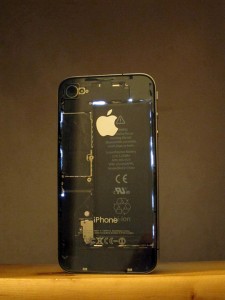 Developer-centric phones that are targeted towards geeks could have special powers where the phone’s owner would be granted X-ray vision. Rather than blessing a developer limited edition of a phone with a special red color, like what BlackBerry is doing with its developer Z10 model, why not give the owners X-ray vision.

The glass panel behind the geeky Nexus 4 smartphone, for instance, can be activated to reveal the internals of a phone in a manner that’s consistant with Polytron’s privacy glass technology. There’s already been an iPhone concept with a transparent display and we can let our geek imaginations run wild about other implications for the tech.

There’s been various case modifications for some smartphones–including the iPhone–that would give owners X-ray vision to see the internal components. This, doubtfully, would be a mainstream feature, but would definitely be a cool one for technophiles to have and show off. Hide the components when you want a normal looking phone, and press a button or activate the feature through software to turn the rear glass panel clear and you can visualize and see all the internal components and circuitry. Manufacturers can do small limited edition runs of these phones and I think they’ll be able to command a price premium with geeks who want something different. 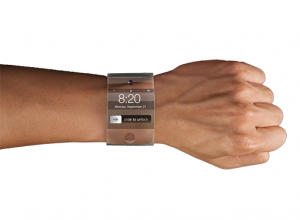 And beyond phones, there are tech accessories and gadgets that span the tech and fashion divide. We’re beginning to see that more with wearable computing devices, like the Nike+ Fuelband, the Pebble Smartwatch, and potentially even an iWatch from Apple. These devices not only need to be functional to perform the tasks that they are expected to complete, but if manufacturers add in a fashionable component it could expand the appeal of these products. Similar to how smartphones were relegated to the geeks and IT department before Apple introduced the iPhone and brought smartphones mainstream in 2007, transparent watches and perhaps even glasses (a la Google Glass) could become mainstream sensations. 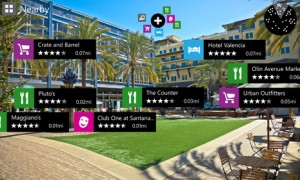 One of the standout apps from Nokia’s Lumia series is the Nokia City Lens app, which allows you to point your phone in any direction and get nearby points-of-interest listings in that direction so you can walk, for example, 0.6 miles to the nearest cafe if you walked straight ahead. The technology uses your phone’s camera, GPS, and digital compass to display the information on your screen in a drawing that shows little dots on a circle marking where the POIs are and their distance from you–you’re at the center of this circle.

One application would be to just point your phone straight ahead, as if you’re taking a picture. Now, you’ll see the real world bearings–if you’re in front of a Barnes & Noble bookstore, you’ll see the building in real time, not just a re-drawn or photo of it–along with dots and points of interest. Let’s say you’re on top of a hilly street in San Francisco, California and could see the top of buildings from where you are. Pointing the phone and the camera down the street, dots can pop up at the top of these buildings to label the nearby delis, cafes, and bistros. It’s an improved world where reality meets digital. 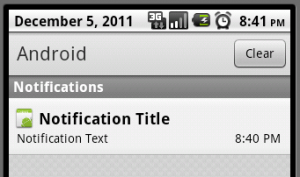 Rather than having bright flashing LED lights present to alert you if you have a new mail message or a new text message, why not have part of the screen turn clear and reveal that information? One idea is to have the phone’s display be translucent–or even colored to match the case color so a white Galaxy S4 could potentially look like a white brick when it’s turned off–when not in use. Then, if a notification comes in, the notification bar at the top could turn clear and show the notifications waiting for you. Of course, there are other ideas for various implementations, but the possibilities are endless.