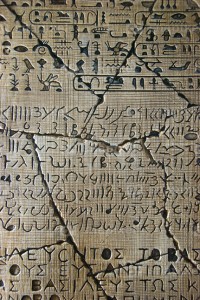 The Boy Genius Report is linking to a DigiTimes report that some handset vendors and ODMs are backing away from the supposedly burgeoning Tablet market and seeking some shelter by focusing on the 4 and 5 inch handset market. Honeycomb 3.1 is starting to roll out and some reviewers are finding news ways to say that is still very much a work in progress and not quite there yet. So, is there trouble brewing in “The Year of the Tablet 2.0?”

If you read the tea leaves, there are certainly some concerns in the market. As the “Year of the Tablet 2.0” reaches its midpoint there are still more promised Tablets to come, but those that have debuted have suffered from various issues and missteps. Those issues include:

We’ve seen several back pedals and retrenchments in Year of the Tablet 2.0 but not near as many as we saw in 1.0 If the speculation from Digitimes has any truth to it, I think we’re seeing that the promise of Tablets everywhere might be a bit tarnished. In fact we may be seeing a bit of a retreat instead of a retrenchment.

Keep in mind that this is still a nascent market and while there is still plenty of room for growth and success there is also plenty of room for failure. But with Apple in a runaway lead, the margin for failure is extremely thin. The story of the last two years is that first impressions count when it comes to releasing a mobile device, especially a Tablet. Unfortunately they seem to matter more than the first weekend of a summer blockbuster’s box office take.

Google hasn’t helped matters at all here with its “we’ll take all-comers” approach to Android. If there’s a coherent strategy I can’t find one, beyond generating volume without any seeming consistency or control over the experience.  But when the focus is on selling ads instead of creating a coherent experience I can see where those problems can surface. Yeah, I know that “control” word drives some Android folks crazy as they love the supposed “openness” of Android. But from where I sit, Google’s slipshod approach has succeeded in making Apple’s clamped down approach seem almost refreshing and dare I say, freeing.

At the moment, Samsung seems to be the only competitor with a fighting chance to make a real dent in the market, but even they have taken some hits with the roll out of the new Galaxy Tab 10.1. Samsung proved both that it was bold and able to move quickly when it changed up the width and heft of the 10.1 quickly so it could say it had the thinnest and lightest Tablet on the market. From what I’m reading that marketing slogan isn’t cutting much dice with the reviewers since the differences are razor thin. It doesn’t help your case when quite a few reviewers are saying that your latest flagship Tablet is a good effort though not complete, or worse yet, can’t be recommended.

We’re about to hear from HP and see what the TouchPad brings to the table. There were always high expectations for that device. I think the missteps by others have only raised the stakes, so it will be interesting to see how the TouchPad rolls out and meets those expectations or not. (UPDATE: Here’s hoping this rumor that the TouchPad will not include document editing at launch is not true.)

For most of the short-lived history of this current age of Tablets we’ve heard how Apps are the key. That shouldn’t come as a surprise. Software or applications or Apps have always been the key to what makes any computer more than just a cool gadget or a paperweight. The short-sighted focus on numbers. The long view isn’t about the number of Apps or the kind of Apps, or the types of Apps, its about how the Apps that do exist define what the device is for a particular user. That usually boils down to marketing, and quite frankly, Apple seems to be the only Tablet player who gets that. Take a look at Apple’s latest iPad ad.
https://youtu.be/TFFkK2SmPg4

Sure, it’s full of hyperbole, but notice that it doesn’t mention the product name until the final graphic. The ad is selling an experience. Given the similarity in hardware among some of the later Tablets, Apple has got to be pretty damn confident to be selling the experience more than the device. Is Apple just smarter than the others? Or is Apple counting on the ineptitude of everyone else? How many ads have you seen that use the inclusion of FLASH as a selling point? Do you really think that the mass market cares what the chipset is? The dollars trumpeting those as selling points are wasted in my view. But back to the point. Apple realizes that a Tablet is going to be a very personal experience and that’s the current approach its taking in its marketing. And that approach extends from the advertising to the retail store experience. The others seem to be just trying to sell Tablets.

I think this is key to Apple’s success so far, and I think the lack of recognizing this crucial point has been detrimental to the other players. Keep in mind that before the original iPad was released, the prevailing wisdom was that Apple had to not only produce a good device but make a case for why it was needed. To be honest, I’m not sure the latter has been done successfully on all levels. Apple is also capable of stumbling here as well. While there are rumors about higher res displays and other features for a Tablet 3.0 (which we won’t see until next year regardless of the speculation) there’s really not much beyond upgrading a camera and tinkering around the margins that Apple or anyone can do to the hardware. And that takes us to the experience. Given that Apple seems to revamping its entire strategy to focus on what it calls the post-PC age, says that it is at least looking beyond how many units it can sell next quarter and trying to meld Tablets into an experience that is independent of the device.

So, is their trouble in Tablet land? I think the answer is yes. But I think the answer goes far beyond just Tablets. I think the entire industry is struggling to find a strategy or strategies that work. The disruption that began with Netbooks and moved to Tablets has been tremendous and has had some far reaching consequences so far. Even with Apple’s lead, I still think we’re in a big messy, confusing, and tumultuous time where a number of forces are trying to sort out what tomorrow really means.