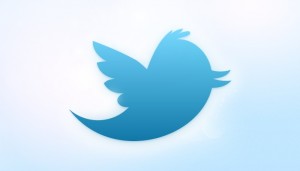 Everybody is talking about the “New, New Twitter.” Of course they are talking about it on Twitter. On the surface, more power to them. They keep iterating. Deep down, Twitter proves once again that they have some fundamental problems.

The essence of the big change is encapsulated in how Twitter now gives you four targeted action areas: Home, Connect, Discover, and Me. Home is your main feed. Tweets roll by. Much like before. Connect is where you find your Mentions and also what is now called Interactions which includes info on who followed you, who retweeted you, etc… Then there is Discover.

Remember the controversy about the “dickbar?” Think of discovery as an iteration of that feature. At the moment I don’t see promoted tweets there, but I’m betting that will change. A part of Twitter’s challenges has been the monetizing thing. The “dickbar” was jettisoned after a user revolt. I’m guessing Discover will be easier to swallow.

The last category is Me. If you’ve been used to using Direct Messages on Twitter you’ll need to dig a bit deeper for them as they now are a click away under the Me category on both the website and in the mobile App. I’m not sure of the reasoning behind this, but semiotically it says Twitter doesn’t care that you use its platform as a way to communicate with others in a non-public fashion. This is a big mistake in my view.

Twitter’s update included the web, its mobile Apps, and Tweetdeck, which Twitter bought awhile back. Part of the Tweetdeck update look nice. But they’ve killed some key functionality in the process. For example, if I want to include a link in a Tweet, I used to be able to shorten the url before sending. If I forgot, Twitter used to do that for me. At the moment I can discover no functionality in Tweetdeck to shorten the link, nor will it send a Tweet that is longer than 140 characters.

Now, what’s nice about this Tweetdeck update is that it runs on HTML 5 and not Adobe Air. Anything that helps me move towards jettisoning Adobe’s cycle stealing software from my computers is a plus.

So, is this a case of taking the good with the bad? I’m not so sure. Call me crazy, but I think Twitter is a classic case wherein the owners of the software have created a monster that there users love to use, but not necessarily in ways that make sense to the business strategies that the owners see as their lifeblood. Twitter is something that is so ingrained in so many users lives (mine included) that we take FAIL WHALES and problems in the same way we view challenges when our automobiles fail. Of course the fact that Twitter has no real alternative (some would argue that point) allows them to tinker with what they are doing while we keep feeding the firehose.