The situation around the Samsung Galaxy S4 32GB and 64GB launches in the United States remains extremely blurry though we are finally making some headway. Today, U.S. Cellular confirmed to Gotta Be Mobile that it currently doesn’t have plans to offer either the 32GB or the 64GB models, language that seems to leave the door open for an arrival at some point, should it choose to go that route.

The Samsung Galaxy S4 has finally arrived in the United States and already, consumers are scooping it up as their next smartphone, some for the next two years. It’s no secret as to why. The device possesses some powerful hardware to go along with some superb software making it a solid choice for anyone shopping for a new device. 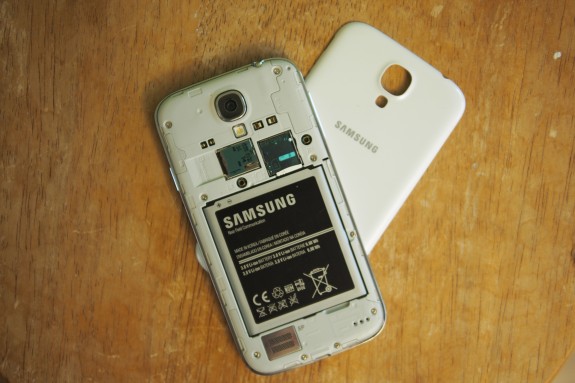 The Samsung Galaxy S4 32GB hasn’t been ruled out completely for U.S. Cellular.

There are a few mysteries still out there regarding the Galaxy S4 however. One of them is in regards to the 32GB and 64GB models that remain missing in the United States. Thus far, only AT&T has confirmed the 32GB Galaxy S4 while other carriers like Verizon have outright denied that they will be getting it. T-Mobile and Sprint declined to offer any specifics on their plans when asked. And now, today, we finally have word from the nation’s first largest carrier, U.S. Cellular.

The carrier tells us that it currently doesn’t have plans to offer either the 32GB or the 64GB models, though that type of language doesn’t kill the idea completely. Here is the full statement.

At this time we don’t have plans to carry the 32GB or 64GB versions of the Galaxy S 4, however, the device offers expandable memory and we carry 16GB and 32GB memory cards in our stores to allow customers to conveniently increase the memory on their phone.

So while it appears that the idea of 32GB and 64GB are bleak at this point, it hasn’t officially closed the door. With customers likely frustrated by the fact that the 16GB model only comes with half of that storage usable, we expect there to be quite a bit of demand for the 32GB and 64GB models amongst power users, which could prompt a carrier like U.S. Cellular to join AT&T. At this point there, there is only a glimmer of home and not much else.

AT&T has not yet said when it will launch the 32GB Galaxy S4 model though from what we’ve been hearing, it may be due a supply issue on Samsung’s end rather than the carrier’s unwillingness to release the phone.