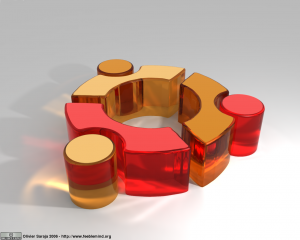 If the Linux-based Android operating system that ships with your Galaxy Tab isn’t powerful enough for you, then you may want to check out a hack that brings the Ubuntu operating system to run on the Tab. The operating system works, but Ubuntu was not designed nor optimized for finger input, so it still may be hard to accurately tap at the icons you intend to touch, but the OS does run. The hack is said to not be complicated, but does require a lot of steps to run, so patience is needed. Users interested in the hack can gander at the instructions over at XDA-Developers to get started.

The hack was first enabled for the Samsung Epic 4G on Sprint’s network. Given that the Epic 4G, a variant of Samsung’s Galaxy S Android smartphone, and the Galaxy Tab are similar, the hack was easily ported to the Galaxy Tab. XDA member dvierra88 made the video showing Ubuntu on the Galaxy Tab below using the 720p HD camera on his Epic 4G.