While little is still known about the Nexus Prime, except that it would be coming this fall alongside Google’s next generation Android Ice Cream Sandwich OS, the device is being listed under its Nexus Prime name by UK retailer Handtec.

There’s still some confusion as to what the final name of the device would be called. Earlier, we had reported that the Nexus Prime may possibly launch as the Samsung Galaxy Nexus and earlier rumors posit that a Verizon-based device may be called the Droid Prime. 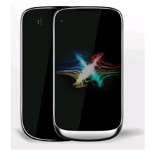 What we do know, according to the retailer, about the Nexus Prime matches some of the earlier leaked and speculated specs, including a Super AMOLED HD screen that supports a 720p HD resolution of 1280 X 720 pixels. The device, unfortunately, like the Nexus S currently, will only come with a 5-megapixel camera, but the video capture resolution has been increased from 720p HD to 1080p HD. Front-facing camera, dual-core Texas Instruments 1.5 GHz CPU, and 1 GB RAM round out the specs.

The device could potentially launch with the curved glass display found on the Sprint Nexus S 4G and T-Mobile Nexus S that measures 4.6-inch. Handtec is showing the device in a sleek shell with edge-to-edge glass and metallic chrome trim.