The new touch-friendly Windows 8 makes it possible for manufacturers to introduce new form factors and designs for notebooks and tablets, most of which fall into the Ultrabook Convertible category.

Some Windows 8 notebooks feature touchscreens, but look just like a regular notebook, but others are bringing out new form factors that function as tablets and notebooks.

This is a collection of 10 Ultrabook Convertibles, devices that convert from one form factor to another, either from an Ultrabook into a tablet or the reverse. 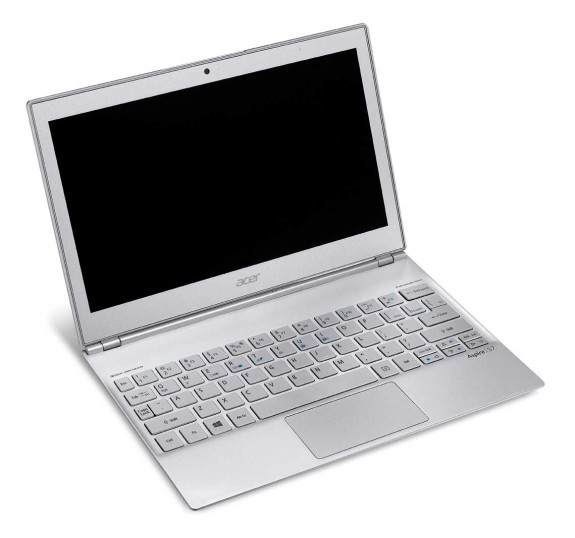 The Acer Aspire S7 Ultrabook Convertible folds flat to turn into a tablet.

The Acer Aspire S7 is a bit different from the other Ultrabooks on this list in that it doesn’t fully transform into a tablet, but its keyboard does lay flat to make sharing the screen easier. The big draw of the S7 lineup is the lineup’s simplicity. The S7 comes in 11.6-inch and 13.3-inch models starting at $1199.99 and $1399.99. Amazingly, the 11.6-inch model holds a multitouch 1080p display and 128GB of storage for a price that’s about equal to a MacBook Air. 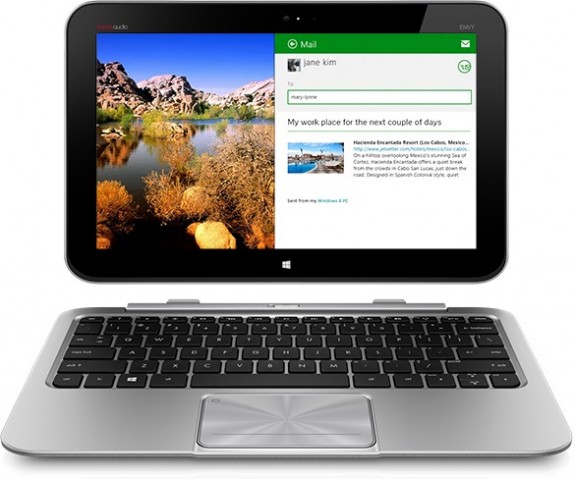 The HP ENVY x2 is a Windows 8 tablet that docks to become a notebook.

The HP ENVY x2 is, in many ways, the natural evolution of the netbook. It’s powered by the latest dual-core Intel Atom Z2760 CPU, and only supports up to 64GB of storage space. It is, however, very portable. The ENVY x2 weighs 3.11 pounds with the keyboard dock, but is lighter as just a tablet. It’s a tablet that runs full Windows 8 and gains a longer battery life when docked into a keyboard.

The HP ENVY [email protected] will arrive in stores in December and has no announced price. 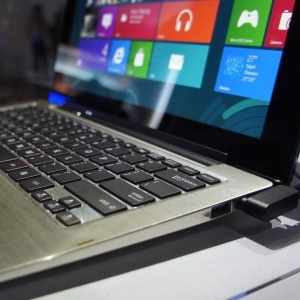 The Asus Transformer Book takes Asus’ expertise in Android tablets with docks and applies it to Windows 8. The Transformer Book has a 13.3-inch 1080p display and can choose either the Intel Core i5 or i7 CPU. The tablet holds 128GB of storage space for essential apps and files. The keyboard dock adds a number of ports to the tablet including 2 USB 3.0 ports, an SD card reader, ethernet, as well as an additional 500GB of HDD storage. It’s the only convertible so far with a keyboard dock that adds extra storage space. 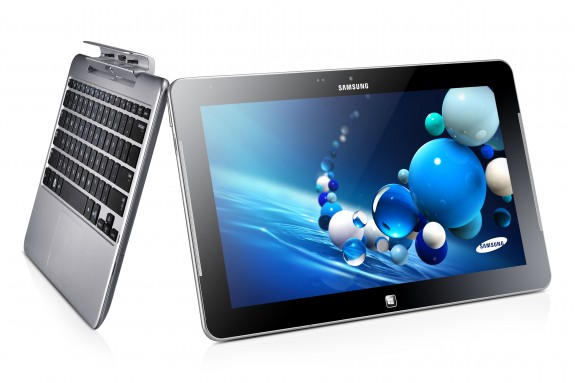 The Samsung ATIV Smart PC Pro is an Ultrabook Convertible with an S Pen.

The Samsung ATIV Smart PC Pro is a powerful Windows 8 tablet that also docks into a keyboard dock. The ATIV Smart PC Pro uses the latest Intel Core i5 CPU and has an 11.6-inch 1080p display like the Acer Aspire S7. It’s the only tablet in the list to feature pen input. Samsung includes an S Pen with the Smart PC Pro along with S Note for easy note taking and sketching. 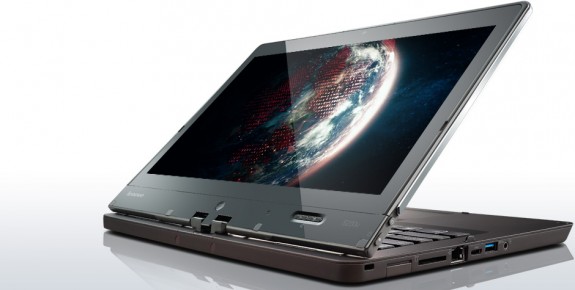 The Twist is a ThinkPad Ultrabook Convertible for business.

The Lenovo ThinkPad Twist is the a more traditional convertible Windows 8 laptop. It’s screen twists around and lay on top of the keyboard to create a tablet.It has all the flexibility of the Yoga 13 but with a different design for much less money. The Lenovo Twist has a 12.1-inch display, uses the latest Intel Core CPUs, and can hold up to 128GB of SSD storage or 500GB of HDD storage.

The Lenovo ThinkPad Twist is available now starting at $829 when not on sale.

The ASUS TAICHI Ultrabook convertible features two screens to be a tablet and a notebook.

The Asus TAICHI is perhaps the most different device in the category because it uses two screens instead of one. Whereas other convertibles have flipping or rotating displays, the TAICHI simply has a second touchscreen on the back of the lid. Users can choose to use just one screen at a time or both screens in mirroring and presentation modes.

The Asus TAICHI is not yet available, it will come in both 11.6-inch and 13.3-inch varieties when it does come to market. 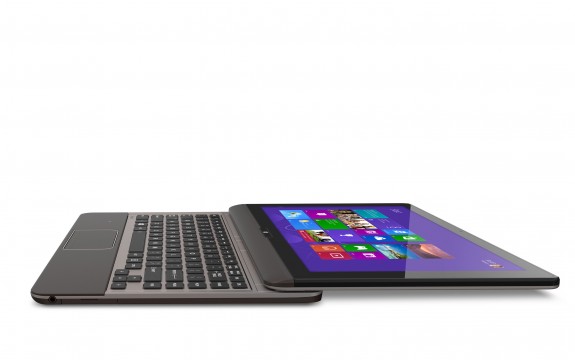 The Toshiba Satellite U925T is an Ultrabook convertible that folds and slides into tablet mode.

The Toshiba Satellite U925t looks somewhat like a standard laptop with a somewhat small trackpad and a lot of extra plastic behind where the keyboard rests on the screen. That’s because the U925t’s special feature is the screen slides on top of the keyboard to form a tablet. The Satellite U925t uses and Intel Core i5 CPU, and comes with 128GB of SSD storage. 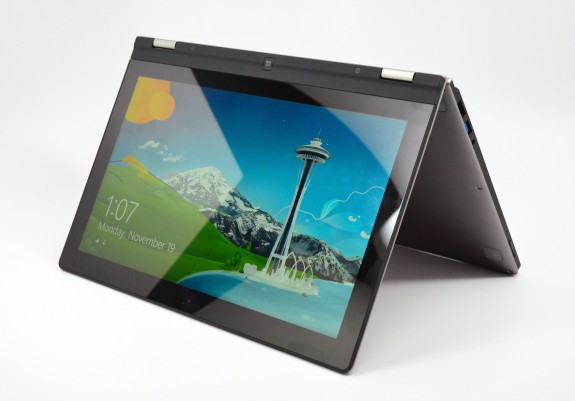 The IdeaPad Yoga 13 is one of the most popular Ultrabook Convertibles.

The Lenovo IdeaPad Yoga 13 was one of the first Windows 8 convertible announced early this year. It features a screen that rotates 360 degrees to rest beneath the keyboard in tablet form. Lenovo is happy to point out the Yoga 13 can rest in myriad other positions including the “stand” and “tent” modes. 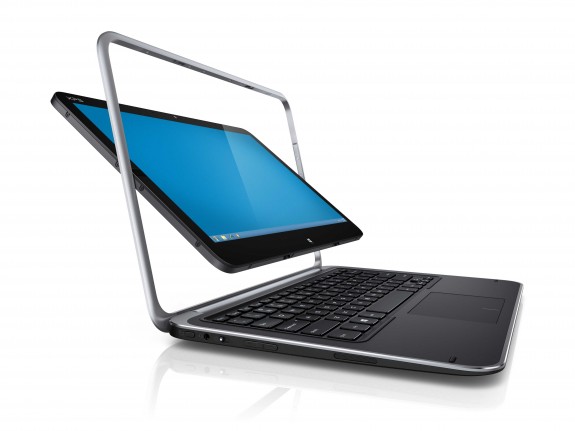 The Dell XPS 12 Ultrabook convertible screen flips to turn into a tablet.

The Dell XPS 12 Convertible Ultrabook looks like a typical Dell XPS laptop, but has a special rotating hinge to turn it into a tablet. The XPS 12’s screen can rotate to rest on top of the keyboard in tablet mode, or close as a typical laptop. It uses the latest Intel Core i CPUs and has a 1080p resolution on its 12-inch display.

The Dell XPS 12 Convertible Ultrabook is available now and starts at $1199.99. 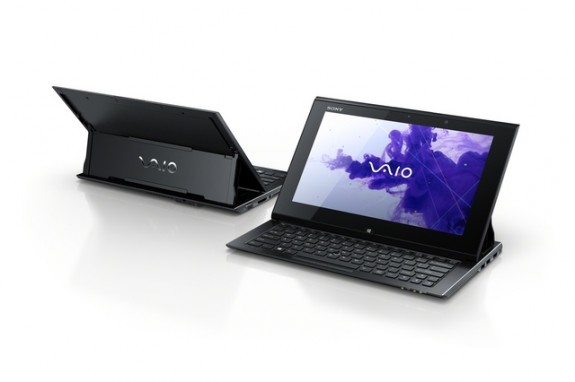 The Sony VAIO DUO 11 Hybrid Ultrabook convertible relies on a slider to open a keyboard.

The Sony VAIO Duo 11 is a strange device in that it lacks a touchpad of any sort. The screen on the VAIO Duo 11 slides and tilts up just enough to reveal a keyboard and nothing else. There is a small trackpoint in the middle of the keyboard and button below the space bar, but users will likely want to stick with gestures on the touchscreen instead. The VAIO Duo 11 uses the latest Intel Core CPUs and has a 1080p resolution.