The unlocked HTC Butterfly, the international equivalent to the Verizon Droid DNA, has arrived at its first retailer today though those looking to pick up the device without signing a contract will find an expensive price attached to it.

First discovered by Android Central, HTC’s unlocked version of the Butterfly has emerged on retailer MobiCity today for an expensive $849. Unfortunately, for the time being, that will be the only price that interested consumers will find because MobiCity has an exclusive on the unlocked version of the HTC Butterfly. The device is also unavailable at the moment though the retailer says it will start shipping out starting January 18th. 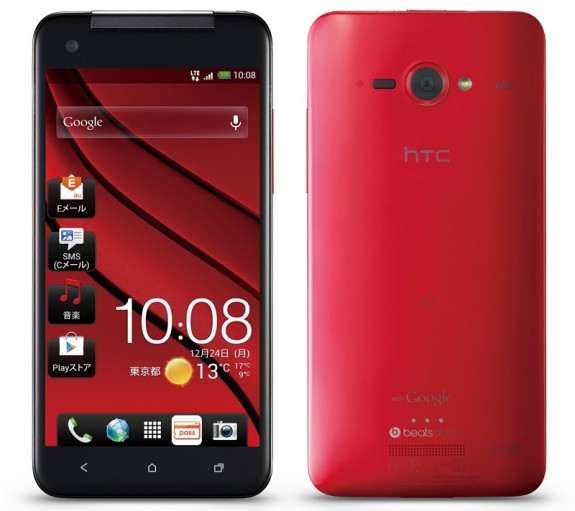 The unlocked HTC Butterfly has arrived.

Keep in mind though, the unlocked version of Verizon’s Droid DNA is a much cheaper proposition as it can be found for just over $500 making it the more attractive option for most users.

The HTC Butterfly is essentially the international version of Verizon’s Droid DNA which launched back in November on the carrier’s high-speed 4G LTE network. The device features the same 5-inch 1080p display, the highest resolution of any smartphone in the United States, a quad-core processor, 2GB of RAM and, of course, Android 4.1 Jelly Bean right out of the box.

It also sports a slim design, good but not great battery life, 16GB of on board storage without any microSD card slot, and two fantastic cameras. The camera in front is a 8MP ImageSense camera that shoots good photos while the front-facing camera offers full HD and can shoot wide screen images.

All-in-all, it’s a device that will certainly hold its own in the next year, even amidst all of the new smartphones that will likely be hitting shelves in the first half of 2013, including the HTC M7 and Samsung Galaxy S4.