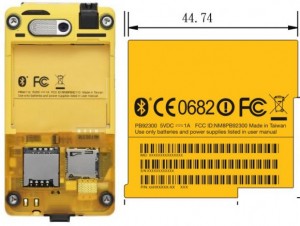 It looks like an HTC-made device with the model number PB92300 has just passed through the FCC, the U.S. regulatory agency for communications devices including cellular phones. The device in question appears similar to the HTC Aria for U.S. carrier AT&T, which is Android device with HTC Sense, and comes complete with front and rear cameras, suggesting that the PB92300 may have video calling like the HTC EVO 4G on Sprint.

Although not a lot of information was obtained from what is available at the FCC, the device does have WiFi, Bluetooth, and support for the 850 and 1900 MHz bands that are used by AT&T in the U.S., suggesting that AT&T will be the likely carrier for this device. Test reports are locked down until March 15, 2011, so HTC may not release this device until then; the HTC Aria was only released this past Spring so it would be a year since the original Aria was released. 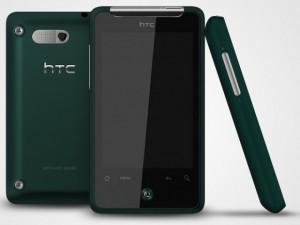 HTC had announced an Aria alternative, called the HTC Gratia, for Europe, which sports a similar design to the U.S. version. That device runs Android 2.2 Froyo, which is the latest version of the Android operating system at this time.

Because the PB92300 has a front-facing camera, it may not be a Windows Phone 7 device as Microsoft’s platform does not offer support for video calling at this time.