Upgrade to iOS 9.0.2 Before You Upgrade to an iPhone 6s

There is a dangerous iCloud issue that can break your iPhone 6s or iPhone 6s Plus if you attempt an iCloud Restore from an old iPhone to a new iPhone and they are not on iOS 9.0.2.

After talking to multiple users over the weekend who were warned of an iCloud problem, we then met two new iPhone buyers who attempted to perform an iCloud backup to the iPhone 6s, and ran into problems.

There is a chance that the iPhone 6s will go into a boot loop when you choose an iCloud Restore at setup.

If this happens you will need to attempt to get to Settings and perform a factory reset on your new iPhone before it restarts, or you will need to take the phone back to where you purchased it for a replacement.

Just bought the iPhone 6s. Already have to return it to the store because it's unable to upgrade/keeps restarting the upgrade. Unreal.

This issue is sporadic, but it is exactly why we suggest doing an iTunes backup in addition to the iCloud Backup.

We were able to perform several iCloud restores on the iPhone 6s and iPhone 6s Plus since the release date, without issue, but we’ve seen scattered reports of the issue.

We’ve learned that one way to get around this issue is to make sure that you upgrade both phones to iOS 9.0.2 before you attempt an iCloud backup. 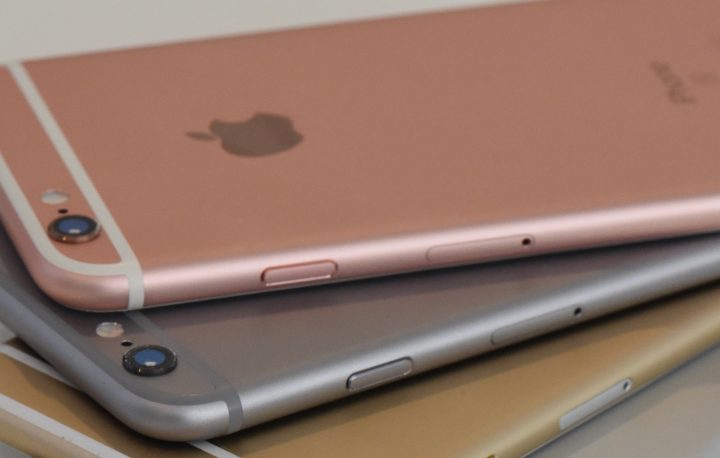 Make sure you upgrade to iOS 9.0.2 before you buy a new iPhone 6s if you plan to restore from an iCloud backup.

If you plan to buy an iPhone 6s, you should upgrade your current iPhone to iOS 9.0.2 now. It isn’t clear if you need to complete a iCloud backup on iOS 9.0.2, but that would be a good idea.

When your iPhone 6s arrives you can set it up as a new iPhone and install the iOS 9.0.2 update. Currently Apple is not shipping the iPhone 6s out of the box with iOS 9.0.2 on board.

After you complete the set up as a new iPhone, go to Settings -> General -> Check for Update. This will install iOS 9.0.2 on your new iPhone in roughly 10 minutes.

After this completes, you can reset your new iPhone to factory settings and in the setup guide, choose to restore from iCloud backup. With both phones on iOS 9.0.2 you should be safe to use this option.

When purchasing an iPhone 6s for my wife over the weekend I ran into two users who were waiting after an employee was able to get in and do a factory reset before the iPhone 6s restarted again.

Although reports of the iPhone 6s and iPhone 6 restarting randomly on iOS 9.0.1 appeared in early October, this issue does not appear linked to the iCloud restore that puts some phones into a boot loop.

4 Reasons Not to Install iOS 9.0.2 & 5 Reasons To Do It
Related Topics:AppleiCloudiCloud backupiCloud RestoreiOS 9.0.2iphoneiPhone 6siPhone 6s Plus