Based on leaks, rumors, and speculations, a user has created and machined his own iPhone 5 body from a unibody block of aluminum. The design shows off a sloped design, which the user calls a teardrop shape, that’s supposed to be taper to offer the illusion of an even slimmer design similar to the dramatic tapering of the MacBook Air or the tapered hump found on the latest Motorola Droid Bionic. Additionally, the user accounted, or guessed, that Apple would be increasing the display size to 4-inch, up from the 3.5-inch from past iPhone models, with a Retina Display resolution of 960 X 640 resolution.

Be sure to enter our contest to win an iPhone 5 on launch day! 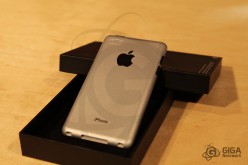 The new iPhone is slightly wider and slightly slimmer than the iPhone 4 at its widest and thickest points. According to Giga Netzwerk:

This prototype is only 59.94 mm wider than the current iPhone 4, but with a height of 109.98 mm it’s also just a bit thinner than its predecessor.

The tapered teardrop design makes the iPhone 5, at least according to this uer’s rendition, 6.86 mm at the top, or thickest point, and 5.33 mm at the bottom, or the slimmest point.

The design also shows an elongated home button. At first glance, from the top, the iPhone 5 looks very similar to Samsung’s international Galaxy S II Android smartphone. Unlike the Galaxy S II models released for the U.S., the international GSM variant has three buttons–two of which are capacitive buttons flanking both left and right sides of a center physical hardware home button. 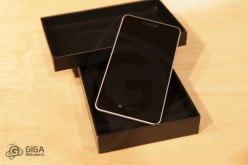 The big difference from a hardware perspective between the Galaxy S II and the iPhone 5 is that the former uses plastic for the body, lending to a light, though dense, feeling that may be considered a little bit ‘plasticky’ or ‘cheap’ by some consumers while the latter has a polished feel thanks to solid unibody aluminum construction in its design.

According to the latest rumors, Apple’s iPhone 5 may bump the RAM to 1 GB and the device will come with current 16 GB and 32 GB configurations, though some believe that Apple may offer an ultra high-end model with 64 GB of on-board storage. As the iPhone doesn’t offer expandable storage by way of a memory card slot, buying the model with enough storage to fit your needs over the device’s 1- or 2- year shelf life–or even longer–while staying within budget may be key to winning over power users. For comparison, the Droid Bionic comes with 16 GB of on-board storage and can be augmented via a micro SDHC card of 32 GB size; the Nokia N9 MeeGo-based phone will come with a maximum on-board configuration of 64 GB. 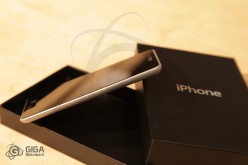 Alongside the new hardware, Apple will also be debuting iOS 5 on the iPhone 5, which many believe will come with a voice assistant feature.

Additionally, it is widely believed that Apple’s iPhone 5 will utilize a dual-core chipset called the A5, which is currently found on the iPad 2.

The side curves of the hardware is reminiscent of Apple’s iPad 2 tablet while the tapering teardrop architecture is very similar to the MacBook Air. The phone is believed to utilize an 8-megapixel camera sensor from Sony, which is an increase from the iPhone 4’s 5-megapixel sensor. It’s unclear if Apple will also increase the video recording resolution to 1080p to be competitive with models like Samsung’s Galaxy S II and the Droid Bionic from Motorola.