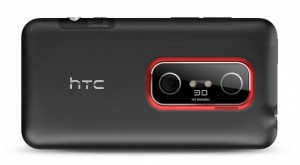 HTC’s glasses-free 3D flagship smartphone may be suffering from a serious glitch where the display would black out and no efforts could be made to restore life to the screen. It’s unclear how many users are affected and if the problem is a hardware or software glitch associated with the LCD panel, but the problem is serious enough with numerous reports that it is getting a mention on Phandroid.

Phandroid’s Chris Chavez writes that the handsets affected and reported are completely stock EVO 3D devices that have not been hacked, altered, or rooted in any way. Additionally, a reboot or even pulling the battery out and replacing the battery did not solve the issue.

According to affected users, the screen would just black out, but the capacitive touchscreen buttons at the bottom of the display would remain lit.