You already know that 4G LTE on your iPhone or Android phone is capable of delivering fast Internet speeds that allow you to stream music, movies and more but 5G promises an insanely fast upgrade fo the future.

The race to deliver faster mobile Internet is on and this week Verizon and Ericsson teamed up at the 101st Indy 500 to demonstrate the incredible speeds of 5G by blacking out the windows of an Indy 500 pace car and using 5G to deliver video to Virtual Reality glasses that allowed the driver to continue around the track. 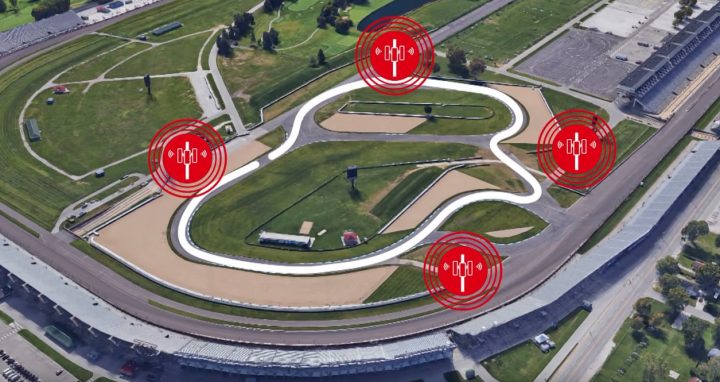 Verizon 5G connectivity is blazing fast in a new demo that shows off speeds in a car traveling at 60 miles per hour and powering a connected home.

Typically there is too much lag between a live video to deliver this type of experience in virtual reality live streamed to a moving target in a car, but the Verizon 5G network set up to test this is capable of much faster speeds than your iPhone 7 or Galaxy S8.

Watch as Bill Goodman, of the Ericsson Technology Team takes a lap in the Indy 500 pace car with a professional driver and Dan Huffman of Verizon Wireless watches over from the control deck.

The video offers a good overview of what is happening and it’s pretty amazing to watch a driver navigate a track using live-streamed virtual reality in a blacked out car. Granted they aren’t driving the course at Indy 500 speeds, but this is a good simulation of how you fast normal users will be driving in a car on the highway.

Part of the upgrade to 5G technology is the ability to know where your device is at in relation to a tower, which means you get better speeds and connectivity. In the moving car demo, we saw speeds about 1Gbps up to 5.56Gbps. This allows for incredibly fast downloads of 4K content, live streaming without lag and should unlock a host of additional connectivity options. Verizon officially recorded sustained speeds of 6.4 Gb/s in a car moving over 60 mph, and that’s just the start of this technology which is also coming to homes when 5G rolls out.

Verizon showed off a 5G home of the future at the Indy 500 with an Intel-powered the in home gateway that turns a 5G connection into a home connection that is fast enough to stream 360-degree video from the track to head-mounted displays in the house.

While you are limited to one or maybe two home Internet options, with 5G, Verizon is able to bring a home online at new speeds without the need to run new wire. It’s possible that this will bring new competition to home internet speeds.

In the video above we see the benefits of 5G connectivity with Skype calls that should run better thanks to better upload speeds. Gamers will gain an edge with 5G due to reduced lag and latency. We also see a huge range of uses including virtual reality environments, connected home devices and other things that you can do with the faster speeds.