While we had seen Motorola Droid 4 details leak out a number of times in the past couple of months, Verizon refused to make it official.

That is until today when Big Red finally announced the 4G LTE successor the Motorola Droid 3, a device that launched a mere five months ago.

Unfortunately, there are no surprises here, but Verizon is touting it as the thinnest and the most powerful physical QWERTY in existence.

So what can you expect from the Droid 4? 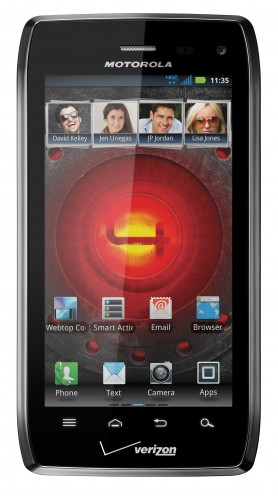 Here is a full rundown of the key features:

And while we have the specs, the carrier has stayed surprisingly mum on the release date only to say that it will be coming in the weeks ahead.

As for the pricing, nothing official either, but we expect it to retail for the usual $299 with a new two-year contract. That’s just a guess and hopefully Big Red has other, more affordable plans.