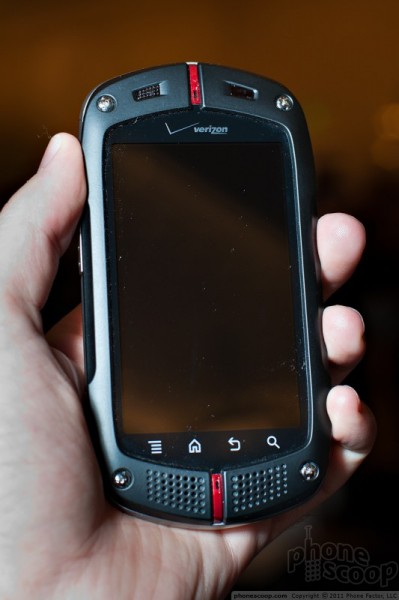 While the Motorola Defy tried to hide its rugged heritage, the Casio Commando is an Android smartphone that is proud to show the world that it can stand a beating or two with its rugged aesthetics which may furrow a brow or two at first sight. The device still looks slim and compact, but its styling is consistent with other Casio feature phones for Verizon Wireless.

The device was first leaked in a launch sheet a few days ago, and now we know a little more about the Commando. It features Android 2.2 Froyo, an 800 MHz processor, and a 3.7-inch display. The Commando is a 3G smartphone that will work on Verizon’s CDMA EV-DO Rev. A network. Along withe the requisite radios (Bluetooth, WiFi, 3G, GPS), and sensors (accelerometer, proximity), the device also has some sensors that may appeal the outdoors enthusiast or field worker, including compass and thermometer–no mention if the barometer on the Motorola Xoom will also make its way to the Commando. 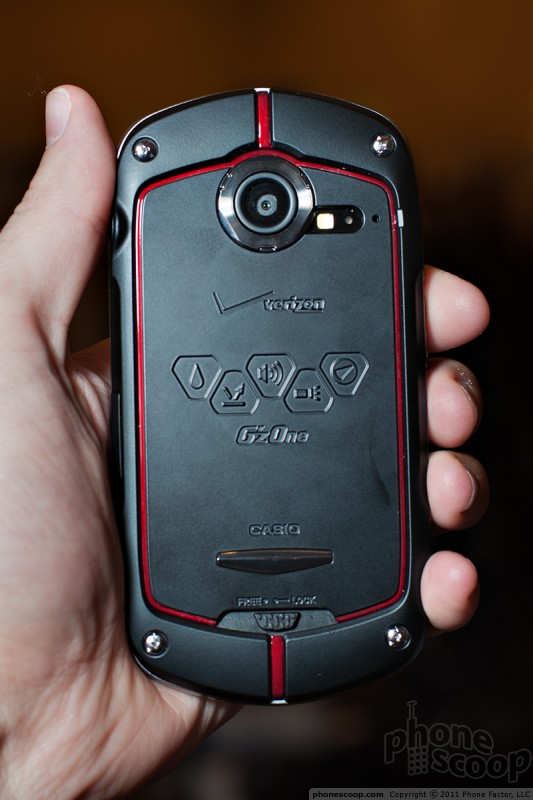