Verizon has approved the Motorola Droid Xyboard 10.1 and Droid Xyboard 8.2 Ice Cream Sandwich updates which means that the updates should be rolling to owners in the near future.

Thus far, Verizon and Motorola have remained mum on any of the specifics but we expect to hear from one of them in the near future in regards to the official Droid Xyboard ICS roll out.

The news comes shortly after the Droid Xyboard Ice Cream Sandwich updates for the Wi-Fi models began to roll out. At the time, we didn’t know when the 4G LTE models would see their updates but fortunately, Verizon cleared that up pretty quickly. 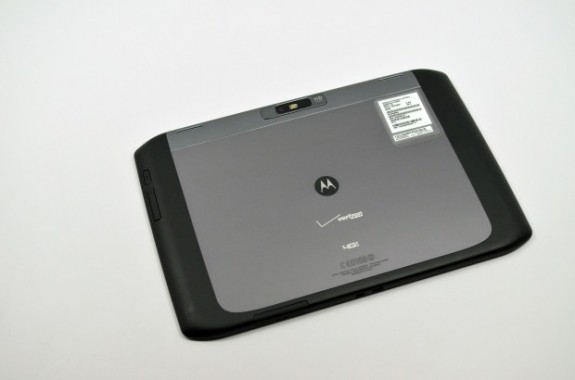 Verizon has approved ICS for the Droid Xyboard tablets.

Ice Cream Sandwich will bring a host of new features to owners of Verizon’s 4G LTE versions of the Droid Xyboard, features that are a big improvement over their previous version of Android software.

On board will be a number of new features including Face Unlock, an improved browser, a different user interface, a new lock screen, an enhanced notification bar, and a whole lot more.

Verizon will likely pack some bug fixes for the tablets.

The ICS updates for the Droid Xyboard 10.1 and Droid Xyboard 8.2 are going to be over 300MB which means owners will want to practice patience when downloading and installing them.

Owners will want to check their device settings to see if the update is available. Once it is, a prompt will appear and the download process will begin. Once that is finished, the device will need to install the software and reboot.

Again, with an update that size, it could take awhile before the software is ready to be used.

So, owners of the Droid Xyboard on Verizon, keep an eye out for new software in the near future. Ice Cream Sandwich should be headed to both devices soon.