In a post, Verizon says that the Droid Xyboard 8.2 Ice Cream Sandwich update will roll out in phases, starting today, which means that it should be a few days before the update process is complete.

Usually when Verizon announces these updates it means that the update has begun to roll out but extremely slow. It’s usually a couple of days before all owners of the device see it, likely because the carrier wants to ensure that the software is working properly. 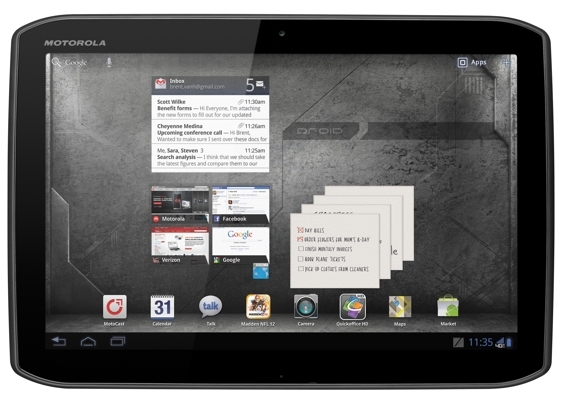 This update will take the Droid Xyboard 8.2 from Android Honeycomb to Android 4.0 Ice Cream Sandwich, the latter of which is a huge upgrade over the former.

Ice Cream Sandwich will bring a new user interface to Droid Xyboard 8.2 owners as well as a host of new features that make it a much better, much smoother Android experience overall.

We also assume that Verizon has packed in some bug fixes and enhancements as well which will fix any of the issues that owners were having with the device on Honeycomb.

Those who own a Xyboard 8.2 will want to go into their device settings to see if the upgrade has arrived. There may be a way some of you can force the update. If you want to try, give this a shot.