The update, which unexpectedly started pushing out just a short time ago, brings the Android 4.1.2 Jelly Bean operating system to the Galaxy Note 2. And while it’s not the Android 4.2 Jelly Bean update many Galaxy Note 2 owners on Verizon have been hoping for, it is a likeable update nonetheless as it brings quite a bit new to the table. 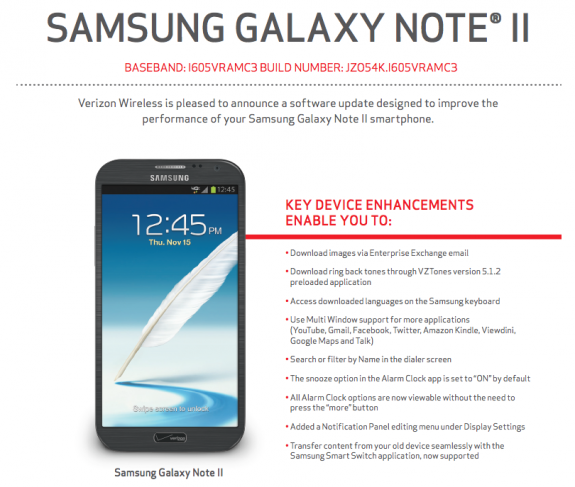 The Verizon Galaxy Note 2 Android 4.1.2 update is rolling out now.

Verizon’s Galaxy Note 2 Android 4.1.2 update is a shade under 250MB in size which means that it’s going to take some time to download and install. Owners who are looking to snag the update will need to head into the device’s Settings, into the About section, and see if the update is available. If it is, it will begin to download and from there, install over the previous version, Android 4.1.1. 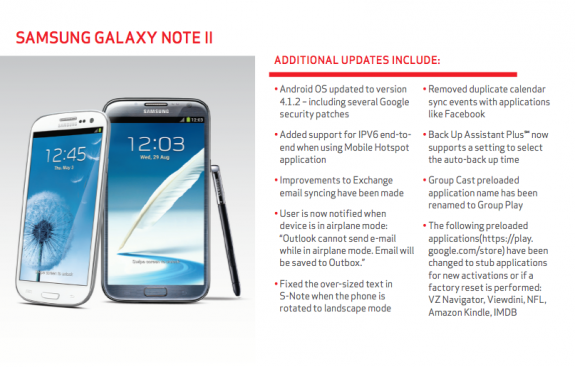 There are quite a few enhancements on board.

The update doesn’t just bring Android 4.1.2 but also brings some newness to the device. One of the new features is more capability for the device’s Multi-Window View, a feature that allows owners to split the device’s display into two halves while running two separate apps. The feature has been around on the Verizon Galaxy Note 2 for some time, but Verizon for whatever reason had not unlocked its full potential.

Other enhancements include improved Exchange, security patches, improvements to the S Note app and more. The full changelog can be found on Verizon’s website which details the entire update.

Verizon typically sends major updates out in phases but considering this is an incremental update, we imagine that a good majority of Galaxy Note 2 owners are going to be seeing this update today, or at some point in the near future.