The Verizon Galaxy S4 Developer Edition, which appeared on Samsung’s website several weeks ago, is finally on sale to the general public though its unlocked bootloader is going to cost a pretty penny for those that wish to buy a Verizon Galaxy S4 that is fully customizable.

In May, Verizon released the Samsung Galaxy S4 unto the world, charging $199.99 after rebate for the privilege of owning the company’s latest and greatest Android smartphone. The device though arrived with a few caveats. It only arrived in 16GB form and it arrived with a locked down bootloader which meant that owners were unable to install custom software, a key feature on many Android phones. 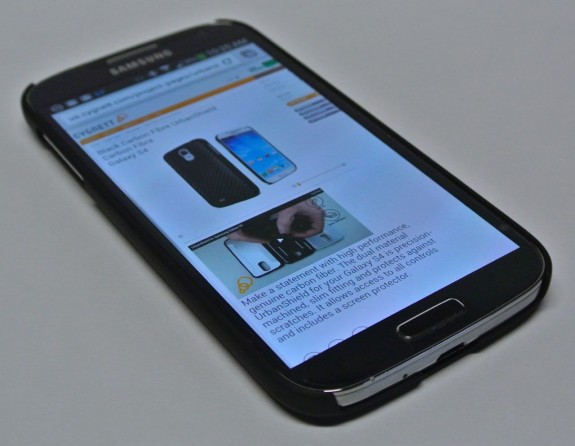 The Verizon Galaxy S4 Developer Edition is on sale.

Like it did with the Galaxy S3, Samsung has released the Verizon Galaxy S4 Developer Edition with an unlocked bootloader, releasing it on its website for a cool $650. That’s an extremely expensive price tag however, considering an unlock method is available and the Galaxy S4 Nexus Edition with vanilla Android and unlocked bootloader will arrive on the Google Play Store tomorrow for $650 and work on the LTE networks of AT&T and T-Mobile. 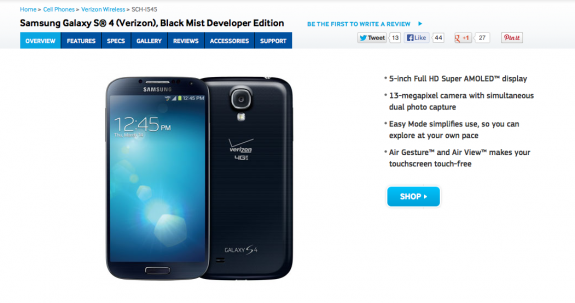 Only those who aren’t able to unlock manually or don’t wish to leave Verizon’s 4G LTE network will want to consider the Verizon Galaxy S4 Developer Edition from Samsung.

The device comes with all of the same specifications as the normal Verizon Galaxy S4. That means a 5-inch display, quad-core processor, 13MP camera, plastic design, and 16GB of storage space.

We’ve heard, straight from Verizon, that it will be releasing a 32GB model at some point down the road. However, the carrier still has not made good on that promise, even as consumers head deeper into the summer.