In March, Samsung unveiled its Samsung Galaxy S4, a device that will replace the Galaxy S3 as the company’s flagship smartphone option. Like the Galaxy S3, the device was announced for a host of carriers including the five largest in the United States, a list that includes AT&T, Sprint, T-Mobile, U.S. Cellular and Verizon.

AT&T, U.S. Cellular and Sprint have all started taking pre-orders for the Galaxy S4 ahead of its arrival. AT&T and U.S. Cellular have yet to issue a specific release date but we know their variants will be arriving before the end of the month. Sprint will be releasing the Galaxy S4 on April 27th, just a few days from now.

T-Mobile looks like it could be the first U.S. carrier to carry the Samsung Galaxy S4 as it plans to release the device on April 24th, a date that may trump all the competition.

And then, there’s Verizon. Verizon’s Galaxy S4 is currently official but is without any official information. There isn’t even a way for interested consumers to pre-order the device. As we said yesterday, this is nothing new. Verizon’s past with Samsung devices is not without blemishes. However, this launch has been quieter than most.

Typically, Verizon devices see release date and pricing details emerge ahead of their actual release. In the case of the Verizon Galaxy S4, theories have been plentiful, but information has been virtually non-existent.

Here now, we take a look at the five biggest mysteries regarding the Verizon Galaxy S4 in the build up to its eventual release date, sometime in the weeks ahead. 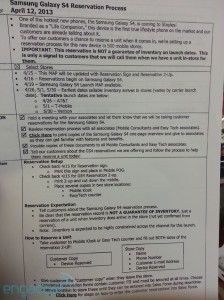 The Verizon Galaxy S4 may not be out until May 30th.

Maybe the biggest Verizon Galaxy S4 mystery of them all is the device’s still unannounced release date. Right now, there are only two pieces of intelligence that interested parties have to go on and both are only somewhat credible.

The first, a leaked document from Staples that indicates that Verizon may not release the Samsung Galaxy S4 until May 30th, long after the other four carriers. If this is true, it would be virtually unprecedented. Yes, Verizon has been slow to release devices, but typically it’s only a few days later than the other carriers, not more than a month late.

Unfortunately, today, the Verizon Galaxy S4 release date rumors took a twist as a new rumor suggests that Verizon may be gearing up to announce a Windows Phone 8 device, the Lumia 928, and release it in early May. If that’s true, that could be the reason why the device has yet to see any release details emerge.

So at this point, despite pre-orders and release dates coming from competitors, the Galaxy S4 release date on Verizon is as mysterious and confusing as it ever has been.

So far, the Samsung Galaxy S4 price in the United States has been all over the map. We saw AT&T come out of the gates with a $250 asking price for the 16GB model, only to lower it to $199.99 on-contract and then get immediately undercut by Walmart which is offering the device for $168.

Sprint announced the Galaxy S4 16GB for $250 on-contract but is offering new customers who take their number over $100 off, bringing the price down to $150 for some.

T-Mobile is going to be offering the device without any type of contract, but will be asking for a minimum down payment from customers in addition to monthly installments for those that can’t pay full price right off the bat. 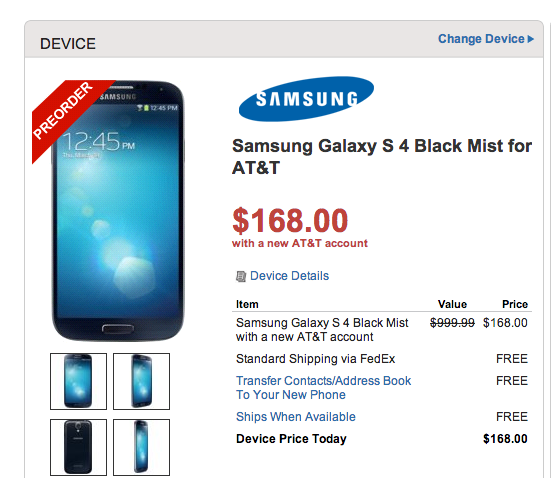 Galaxy S4 pricing is all over the place. How will Verizon fit in?

U.S. Cellular is offering the device up for the regular old price of $199.99 on-contract for a 16GB Galaxy S4.

In past years, the pricing of Galaxy devices was far more congruent. But with this year, with it all over the board, and the lack of any evidence, it’s impossible to say how much Verizon might charge for the Galaxy S4.

If it goes traditional, it will be $199.99 on-contract. But considering the playing field, with Sprint offering it at $150, it’s possible that Verizon could do something different. Until we get an announcement, the price is a complete mystery.

Besides the pricing, the U.S. Galaxy S4 launch has seen another odd occurrence. While we know that Samsung has 32GB and 64GB Galaxy S4 devices in its arsenal, carriers in the United States have yet to offer up the 32GB or the 64GB models. The 32GB model is more surprising considering it was available on carriers last year and AT&T confirmed it for its network.

That said, it’s unclear just how Verizon will approach its storage options. Will it simply offer a 16GB model or will it spring for a 32GB model as well? Our gut says the former will be the only one offer, potentially at a premium, but until the carrier announces something, Verizon’s Galaxy S4 storage options remain a mystery. 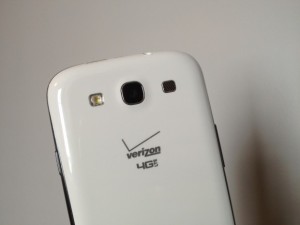 The Galaxy S4 could come with a locked bootloader.

Another big question that potential Verizon Galaxy S4 owners probably have is whether or not the device is going to be coming with an encrypted and locked up bootloader. Past releases say that this will be the case as Verizon’s previous two Galaxy smartphones, the Galaxy S3 and Galaxy Note 2 came with them locked up tight.

However, as we’ve seen, the Android development community is resourceful and came up with workarounds for both bootloaders, allowing owners to tinker with their devices as they pleased. So, perhaps given how fast the Galaxy Note 2 bootloader was unlocked, Verizon will finally see the other side. Or, more likely, it’ll lock it up as tight or tighter than it was before. It’s all a mystery.

Also a mystery is whether or not a Verizon Galaxy S4 Bootloader Edition will become available. We saw Samsung issue these devices to prospective buyers with expensive price tags and vague release dates so we could see it happen again.

This is a fantastic sign for those that love to have the design of their phone only feature minimal branding but unfortunately, despite the image surfacing, it doesn’t confirm anything. 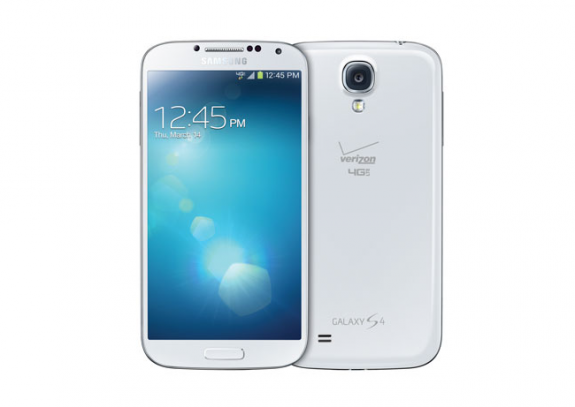 Will Verizon really leave off a branded home button? We don’t know.

Until we see the Verizon Galaxy S4 in the wild, there is still a possibility that the carrier will muck up the design of the smartphone with its branding. Our gut says that the complaints drove it to exclude the home button branding this year but because it hasn’t emerged yet, it remains a mystery.

While the Verizon Galaxy S4 is a mystery, make no mistake about it, this is a version of the Galaxy S4 that will still sell incredibly well. Yes, customers are likely frustrated by the lack of information but again, as we’ve said many times before, Verizon, the king of 4G LTE, plays by its own rules.

And while those rules might not be agreeable with the consumer, there is no denying that Verizon has the largest and one of the most solid 4G LTE networks in the land.

Mysteries or not, people are still going to buy.