The HTC DLX that’s headed to Verizon, a device that was once thought to be called the Droid Incredible X, may have just seen its official name, price and release date outed by a leaked Verizon Minimum Advertised Price sheet.

Android Central dug up a Verizon MAP sheet which seems to offer several clues about when customers might expect the HTC DLX (a codename) on Verizon, how much they might have to pay and what the device might actually be called.

This is a device that we told you passed through the Global Certification Forum and it also showed up in its first photos with a Verizon-branded backing earlier this month so it’s clear that’s it’s coming soon, and which makes this new information that much more interesting.

The Droid Incredible X may be the Droid DNA for Verizon.

First, let’s start with the device’s name. According to this MAP, the device is going to be called the HTC Droid DNA. That could be wrong, but that’s looking like the name that Verizon might go with when it releases it. That name could definitely change but HTC Droid DNA 4G LTE could end up being its retail name when it hits shelves, presumably later on this year.

Next, its pricing. It appears that Verizon may price the HTC DLX at $199.99 on-contract, the usual price that it has been charging for its high-end phones on contract. That price may not stick but at this point, it’s all we have to go on.

As for its release date, the MAP points to a November 20th date. Rumors have been swirling about a launch taking place close to Thanksgiving and that certainly looks like it might be the case. However, we’ve had our doubts.

The HTC Butterfly J, the device that we think the HTC DLX is based on, won’t launch in Japan until December. And, given that Verizon will be launching its Samsung Galaxy Note 2 in the next few days, it’s possible that it will give this device a grace period. 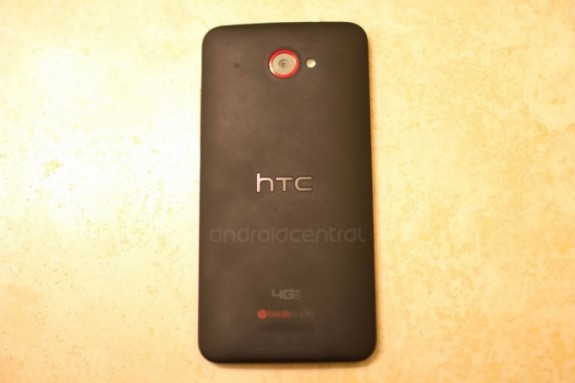 So, we think December is still a possibility, maybe early December.

The device might be worth the wait for some as it features a 5-inch display, which may be 1080p, or may just be an LCD-2 display. We should know for sure sometime later on this year.