Is This the Blue Verizon HTC One?

It should only be a matter of time before the blue HTC One lands somewhere, possibly as another Verizon HTC One option and thanks to two leaks, we now have a good idea about what to expect from the blue HTC One.

The blue HTC One is not a very well kept secret. We’ve seen it leak out several times in the past, culminating in today’s leak from HubFr which showcases the blue HTC One in the wild. While we’ve seen glimpses of the blue HTC One, we’ve never seen it fully assembled like it is in this photo. It’s possible that this is just a mockup, but it does match what we’ve been seeing from previous leaks.

The device shown next to the silver HTC One mini, HTC’s smaller version of the HTC One. 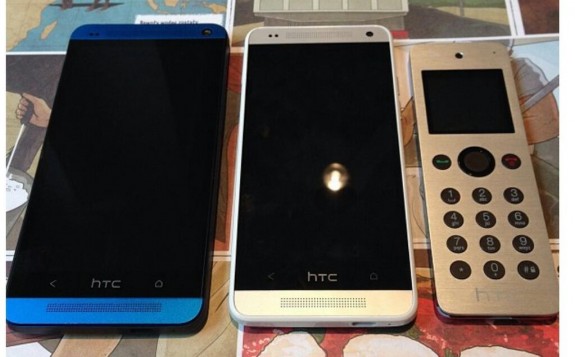 The blue HTC One has been rumored for Verizon.

The blue HTC One also appears to have shown up in the wild on a train. The photo that appeared on Chinese site mobile01 shows a device that looks similar to the device that leaked out today.

HTC’s blue colored option has been rumored to be joining the red, silver and black HTC One models that have been available for weeks now and consumers seemingly now only have to wait for the company to confirm its arrival. 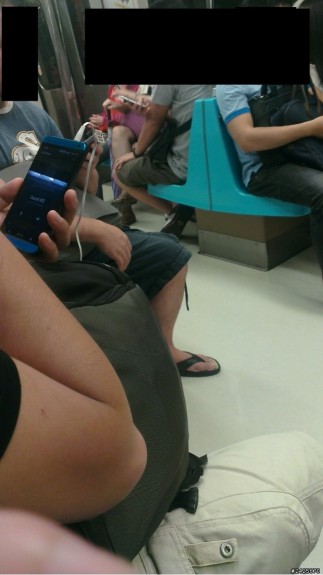 Another possible look at the blue HTC One.

The carrier remains mum on any changes to its current HTC One which is available in silver only. A black Verizon HTC One was reportedly spotted close to launch day but the color remains unreleased.

HTC took quite awhile to offer its red colored HTC One so there could still be some time left between this leak and the arrival of the blue HTC One. One thing is clear though, this is a real device.

When it arrives, it will likely have the same hardware on board which means 4.7-inch display, quad-core processor, Ultrapixel camera and full metal design. It should also have Android 4.3 Jelly Bean on board when it arrives as well as HTC plans to get the software out by the end of September.